Netflix Canada - Everything you need to know... Updated February 2023

First of all, if you're just looking to login to Netflix Canada, here's the login page. Enjoy!

We started collecting Netflix data in Canada in 2012 through a blog called netflixcanadacompletelist.blogspot.com as well as our first site istreamguide.com, at which point we recorded that Netflix Canada had 2,647 movies and shows while Netflix USA had 10,625.

It was data like this that raised many questions about why Canada had far less titles than the US, and gave weight to the general understanding (or misunderstanding) that "American Netflix is better than Canadian Netflix".

It's been 7 years since our first data collected in 2012. Has anything changed? Definitely! Is Netflix better in the United States than in Canada? ... hard to say... Here are the most recent stats for the number of movies, shows, and "viewable titles" between Canada, the US, and the other countries we track.

NOTE: We define a "Viewable Title" as an entity that can be watched, so either a movie, or an episode of a show.

So you can see that the US does have the most content on Netflix, whether you're looking at movies, shows, or "viewable titles".

How much does Netflix cost in Canada?

Netflix has 3 pricing plans in Canada, ranging from $9.99/mn to $16.99/mn, with the differences being the quality of the video available, and the number of devices that can be watching at the same time. Here is a recent screenshot (November 2019) of the pricing options available when signing up for Netflix in Canada. 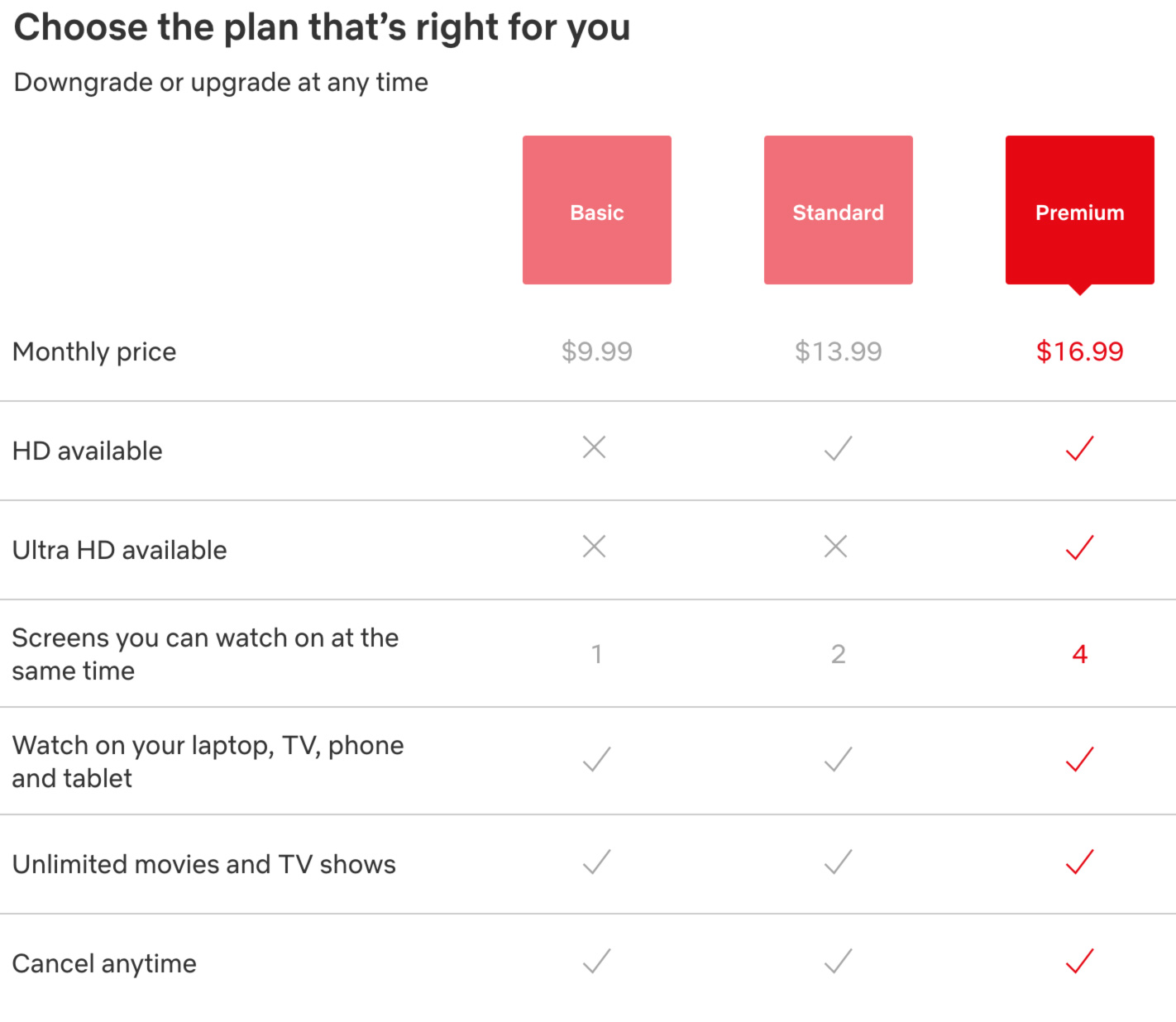 Netflix Pricing Plans around the World

We've compiled a list of Netflix prices in local currencies from a number of countries around the world.

Netflix releases a partial list of all titles coming and going from Netflix in the upcoming months, but it's never completely accurate. We typically see more titles arrive than they announce, which is why our New on Netflix tracking service is so useful.

Here are the movies and shows we are expecting to arrive in November 2019, as well as the titles that actually did arrive on any particular day.

Netflix has just released their announced list of titles coming to Netflix in December. As expected, there continue to be Christmas titles arriving. And as we always expect, there will be extra titles arriving that they haven't announced, so keep checking back to see what's New on Netflix Canada.