Yes, Between: Season 2 is now available on French Netflix. It arrived for online streaming on October 4, 2017. After a mysterious disease kills every resident over 21 years old, survivors of a town must fend for themselves when the government quarantines them. The adults in Pretty Lake die. Those under age 22 live. But no one can leave town. Now what do you do?

Season 1 of Between has 6 episodes. Because different Netflix countries have different availability for episodes, you'll need to check the episode listing below to see which are available in France.

A mysterious virus starts killing off adults in the small town of Pretty Lake; pregnant teen Wiley plans to give up her baby and leave town. 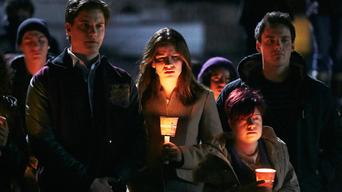 Episode 2 Who's the Boss? Available on Netflix France

The survivors in Pretty Lake collect the dead in hopes of lifting the quarantine; Adam meets a man with a murky past; Wiley seeks important documents.

Tensions escalate as a power outage cuts off communication with the outside world; a text suggests Ronnie is involved in something sinister. 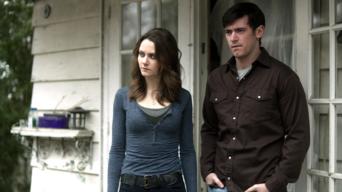 A teacher who turns 22 fears she may be the next victim of the virus; Chuck punishes a kid who wrecks a car; Melissa searches for Wiley and her baby. Episode 5 End of the Rope Available on Netflix France

Ellen interrogates Mark about the remaining residents of Pretty Lake; Chuck's friend Felix collapses and needs to get out of the quarantine zone.

Adam thinks he may have found a way out of Pretty Lake; Chuck and the Creekers agree to a cease-fire, but it will require Ronnie to make a sacrifice.

Season 2 of Between has 6 episodes. Because different Netflix countries have different availability for episodes, you'll need to check the episode listing below to see which are available in France.

Episode 1 Get Out of Town Available on Netflix France

When Adam convinces Wiley to escape, they learn whether they are truly contagious to outsiders. Chuck devises a daring escape plan of his own. Episode 2 Us vs. Them Available on Netflix France

Liam must use science to prove his good intentions. When Renee reappears, Ronnie finds out what she really wants. Franny breaks away from Gord.

Ronnie discovers a commune of survivalists. Wiley is forced to make a heartbreaking choice about her son. Adam investigates Liam's background.

Franny reviews security footage for answers. Recent events take a psychological toll on Chuck. To test the cure, Liam hunts for someone turning 22. Adam seeks an outside expert to get the leverage necessary to force the government's hand. Renee makes a move to reclaim her command of the commune.

As Adam steps up his game to negotiate an extraction, one last bargaining chip is played to win Renee's cooperation, but it could cost Mark his life.

The Secret Life of the American Teenager