History and absurdity collide in this series focused on an upstart writer named William Shakespeare and his less-than-supportive family. Settle in, gentle viewer, for a humorous exploration into the Bard's chaotic home life. 'Tis tough being a genius.

Season 1 of Upstart Crow has 6 episodes. Because different Netflix countries have different availability for episodes, you'll need to check the episode listing below to see which are available in Ireland. Will strives to give life to the character of Romeo while deflecting bad advice from his family, pacifying an irate actor and playing cupid.

Episode 2 The Play's the Thing Available on Netflix Ireland Episode 3 The Apparel Proclaims the Man Available on Netflix Ireland

When he's invited to Lord Southampton's posh party, Will goes in search of a dashing new look befitting a writer on the rise. Episode 4 Love Is Not Love Available on Netflix Ireland

Will's happiness over completing his 154th -- and final -- love sonnet may be short-lived when Anne realizes she's not often the subject. 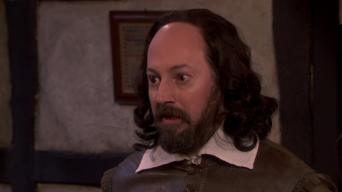 Episode 5 What Bloody Man Is That? Available on Netflix Ireland

Eager to escape the rising risk of plague in the city, Will and company head for the country, where they run into three prophesying witches. Episode 6 The Quality of Mercy Available on Netflix Ireland

Will hopes to invest in a new theater. But when his money goes missing, he's forced to strike a deal with an unusual ally.

Season 2 of Upstart Crow has 6 episodes. Because different Netflix countries have different availability for episodes, you'll need to check the episode listing below to see which are available in Ireland. 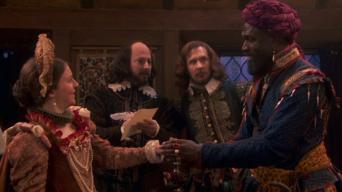 Will endeavors to acquire a coat of arms, thinking it will get his family a bit of societal respect. Perhaps an African prince can help?

Brace thyself, gentle viewer, for an episode in which Will reconnects with a mentor most foul while Marlowe and Greene hunt a spy in Warwickshire. The dastardly Robert Greene tricks Will into penning a play set in an exotic land, just as our hero is finding inspiration to be a rare bird, indeed. 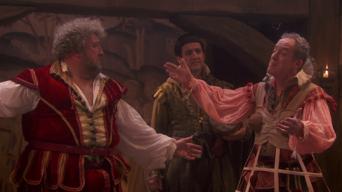 A play -- but with music. And it shall be called "a musical." But in order for his ingenious creation to sing, Will must (sigh) collaborate. Inspired by the success of "The Taming of the Shrew," Will sets out to see if his prose can make his own ill-mannered daughter a bit more agreeable. Will hath finally finished "Romeo and Juliet." Now, the time has come to cast the ill-fated pair -- but, lo, who shalt play the lovers fair?

The End of the F***ing World

That Mitchell and Webb Look

A Young Doctor's Notebook and Other Stories