How to watch The Confession Tapes: Season 2 (2019) on Netflix Mexico!

Yes, The Confession Tapes: Season 2 is now available on Mexican Netflix. It arrived for online streaming on June 21, 2019.

We'll keep checking Netflix Mexico for The Confession Tapes: Season 2, and this page will be updated with any changes. 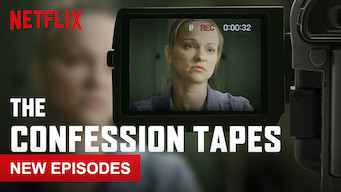 This true crime documentary series investigates cases where people convicted of murder claim their confessions were coerced, involuntary or false. Some believe only a guilty person would confess. This disturbing collection of true-life cases challenges that notion.

Season 1 of The Confession Tapes has 7 episodes. Because different Netflix countries have different availability for episodes, you'll need to check the episode listing below to see which are available in Mexico. Following a gruesome triple murder, two teens are targeted by undercover police, who use a controversial technique to try to extract a confession. As the trial for Burns and Rafay unfolds, the suspects begin to understand the massive implications of their confessions. After his girlfriend is found murdered, a man insists he was coerced into confessing. Years later, DNA evidence tells the truth. A fire leads to tragedy, and the victim’s mother is accused of -- and confesses to -- murder. At trial, the defense presents an alternate theory. Police interrogate supposed gang members about a brutal attack following an anonymous tip. Oddly, no one in the neighborhood ever heard of the gang. Following a double murder, circumstantial evidence points to the victim's nephew, who endures a marathon interrogation without a lawyer. A man drives his four children into a river, where they drown. He wearily confesses to doing it purposefully, but later contends it was an accident.

Season 2 of The Confession Tapes has 4 episodes. Because different Netflix countries have different availability for episodes, you'll need to check the episode listing below to see which are available in Mexico. Without a lawyer to advise him, a weary truck driver confesses to murdering a 17-year-old girl following an exhausting interrogation. A double murder in Nebraska sparks a hunt for those responsible and a bizarre series of interviews that raise more questions than they answer. In a long interview with police, Angelika Graswald admits to being "OK with" her fiancé drowning during a kayaking expedition. Cops and media pounce. After Hamid Hayat admits to attending a terrorist camp, lawyers and his family question whether the taped confession reveals a very different truth.

Prohibition: A Film by Ken Burns and Lynn Novick

The Making of the Mob

The Disappearance of Madeleine McCann

13 Reasons Why: Beyond the Reasons 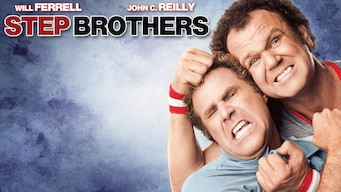