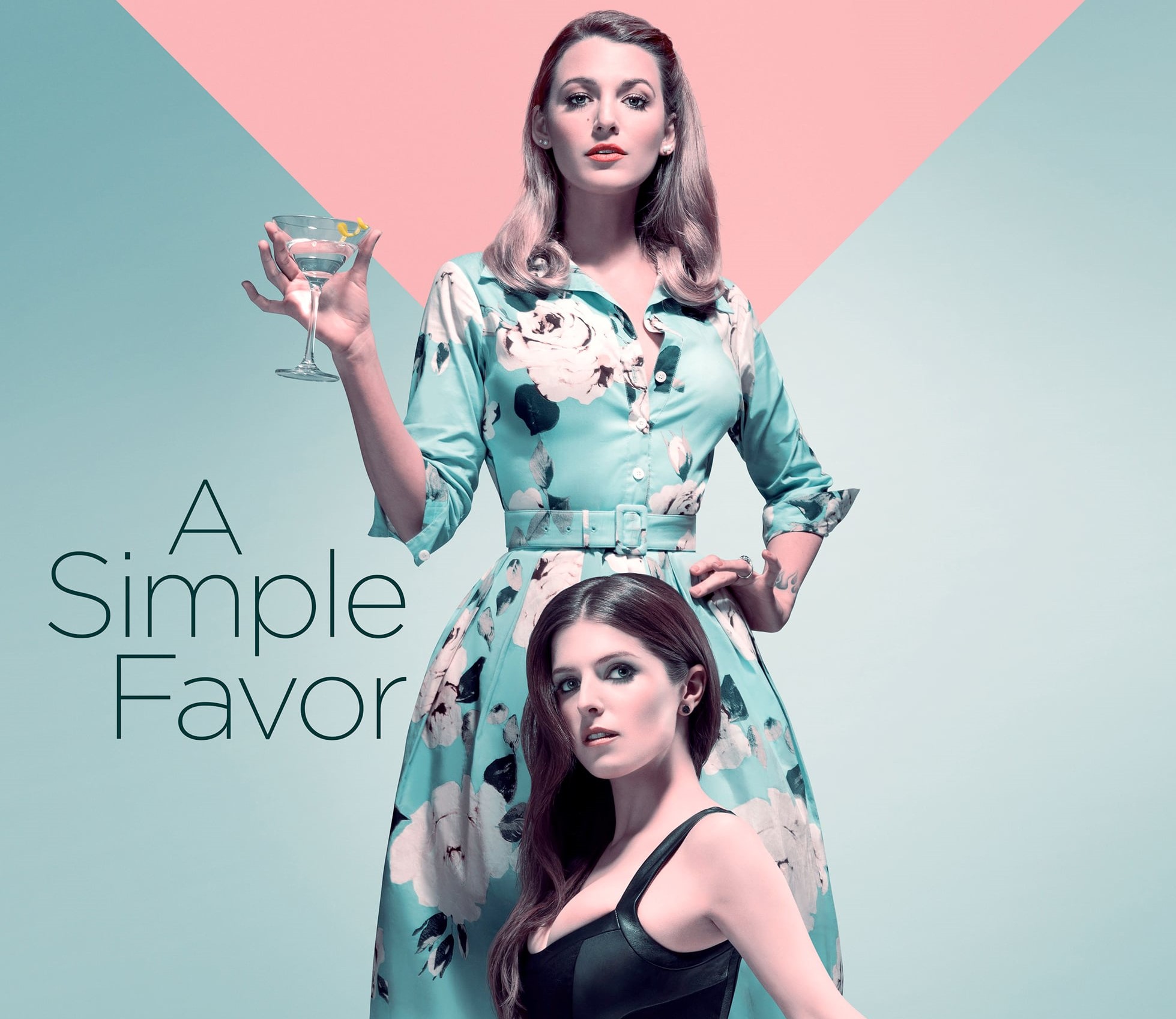 Suave, sleek, a little bit spooky and utterly entertaining. A Simple Favor is more than just a thriller, this flick has style, humour, plot twists and a dynamite lady duo in the lead.

The plot unfolds as awkward, type-A personality Stephanie (Anna Kendrick) stumbles into an unlikely friendship with confident and captivating Emily (Blake Lively). Emily’s air of mystery is heightened when she suddenly goes missing and Stephanie is left to question just how much she really knew about her friend after all. Determined to figure out who Emily was and what happened to her, Stephanie turns into an amateur sleuth without losing one bit of her girl-next-door quirkiness.

Jessica Sharzer’s adaptation of Darcey Bell’s book by the same name seems written for Anna Kendrick and Blake Lively. The material brings out each actors’ strengths and their pairing is simply magic. Kendrick’s natural cadence of speech and slightly nervous mannerisms only enhance her character’s need to over-achieve while Lively’s poised and, at times, icy demeanour adds to her mystery and elegance but make no mistake, she is equally as brilliant with her comedic timing as Kendrick.

A Simple Favor delights from the first note of the mood-setting soundtrack and throughout the film director Paul Feig’s ability to give direction while leaving room for the cast to stretch their legs is evident. While there are several plot twists and surprises, the film never tries to be more than it is. It is simply intriguing and entertaining, to the last.

A Simple Favor is well worth the view. It not only does it not disappoint, it thrills, delights and delivers!