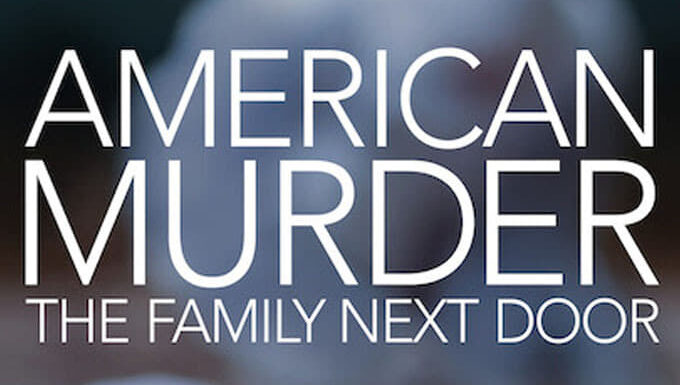 American Murder: The Family Next Door

Unsettling. Tragic. Chilling. That’s the story that is told in American Murder: The Family Next Door and it’s entirely captivating.

True crime documentaries are my jam. I usually enjoy seeing how a crime is investigated and how a court case is built. I am fascinated by circumstance and motive and the science behind murder. But for the first time in a long time, watching this story unfold made me deeply uncomfortable. And yet, I could not stop watching.

The story itself isn’t unique. Sadly, more than half of all murdered women die at the hands of their intimate partner. What makes this documentary so compelling is the layering of public social media posts, private text messages from the victim and video footage of police interrogations of witnesses and the suspect. Tension and dread build exponentially as the realisation of the truth of this horrendous crime is revealed.

Anyone who would have met Chris and Shanann Watts would have thought they were a typical American suburban couple. Two young daughters, a son on the way. Nice house, two cars. Social media feeds filled with smiles and loving moments. They were picture perfect – and then Shanann and her two daughters were reported as missing by a family friend.

Through a series of text messages, social media posts, police video footage and news reports American Murder: The Family Next Door reconstructs the story that gripped headlines across the country in August 2018. What began as a missing persons case became a homicide investigation within days and what followed was the unravelling of a chaotic alibi and a poor cover-up job of a relationship in crisis.

The difference maker for this story is how Shanann Watts’ frequent social media posts not only documented her family but also preserved an honest portrait of her own humanity. Authentic moments of joy, motherhood and life were recorded in real time. Throughout this documentary, we come to know and identify with Shanann. We are brought into her family, her circle of friends. We get to know her intimately. And then she’s gone.

As the investigation uncovered, the truth behind all of those happy family posts was a wife in emotional distress as she watched her 8-year relationship with her husband and father of her children slip away. The truth was Chris had begun an affair with a coworker and had notions of leaving his family to establish a new life with this woman. In the end, he resorted to violence and unthinkable murder to free himself from the life he had built and then lied poorly in an attempt to cover up his crime.

American Murder: The Family Next Door follows the story of the murder of Shanann and her two young daughters, Bella and Celeste, from the first phone call to police through the investigation, trial and sentencing of the murder, the person Shanann loved and trusted, her husband, Chris Watts.

This documentary will be your new Netflix obsession.