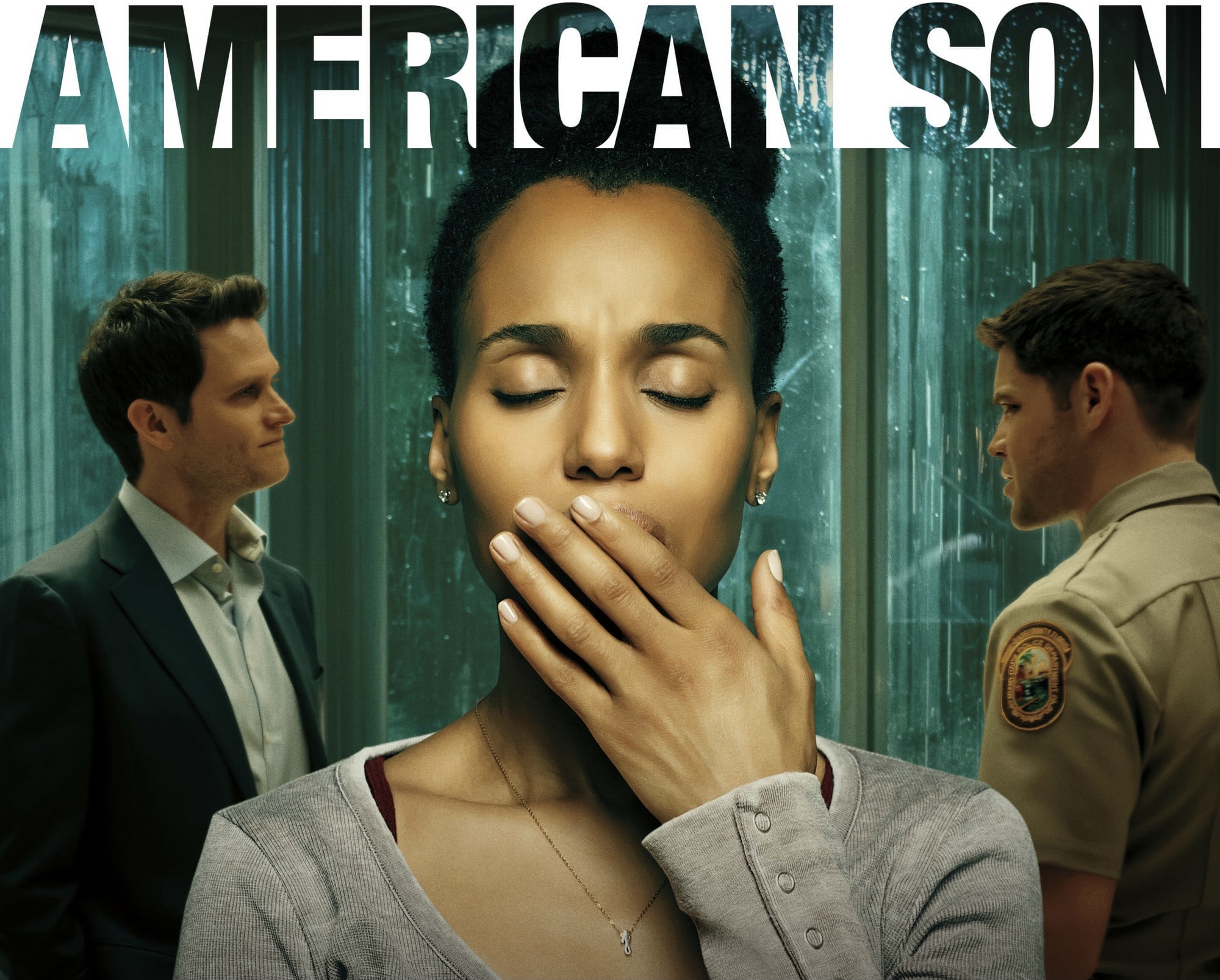 There are few things more compelling and engaging than sitting in a darkened theatre, in tension filled silence, watching two actors live the story they are telling. The only thing that comes close to that experience is when a film adaptation of a theatre piece is done well. Christopher Demos-Brown’s film adaptation of his own stage play is that experience. American Son brings all of the intimacy and intensity of the stage to the small screen without losing one drop of the integrity of the original piece.

The original Broadway cast returns to their roles in this brilliant spotlight on racism and bias in America. Kerry Washington portrays Kendra, the mother of Jamal, a teen who is missing and out of communication. Steven Pasquale plays opposite Washington as Scott Connor her estranged husband and father of Jamal. The chemistry and tension that builds between these two throughout the 85-minute conversation is palpable as they rehash their marriage, separation and opposing views in parenting.

The entire film is staged in a sparse a police department waiting room on a stormy night. The only glimpse we get of the outside world are occasional flashbacks and cut-ins that give insight to the events that resulted in Jamal’s disappearance.

At the open of the film, Kendra is on her phone in the waiting room of her local police department. She is desperately trying to contact her missing son while seeking out information from the police. The young officer tasked with assisting her, Paul Larkin (Jeremy Jordan), is paralyzed by his lack of information combined with his strict adherence to protocol. The only help he can offer throughout the long night is reiterating that his superior officer, Lt. John Stokes (Eugene Lee) will be able to answer questions when he arrives for the morning shift.

When Kendra’s ex-husband, Scott, arrives he uses his experience as an FBI agent to try to connect with the young police officer and gain information about his missing son. There is a clear difference in how each character responds to each other throughout the exchange and the viewer is left to challenge their own bias and come to terms with who they identify with on screen. This forced reckoning reveals the gaslighting that occurs when people of color challenge authority and speak to their experience. All of this adds another layer of tension and conflict to the storyline.

Throughout the film, racial tensions build, from an underlying societal norm to blatant disrespect of life. When common phrases are used, such as “the natives are getting restless,” the audience is left feeling properly uncomfortable. Though Kendra’s grief and rage as a distraught parent make her sympathetic her provocation of law enforcement and her ex-husband leaves the viewer wishing she were a more sympathetic character. That is turn, leaves this viewer wondering why we expect more from people of color than we do of white people in the same situation.

The answer is, I don’t know but we do.

This is the brilliance and heartache and truth of Demos-Brown’s piece. He lays out a tragic tale where we, the viewer, become the villain. It’s our views, our conditioned responses from a society built on inequality and racial bias that uphold an unbalanced system and propels Kendra’s rage and heartbreak.

In a time when conversations on race and bias are at the forefront of political and justice movement, American Son is a must-see film. It’s a moment when art righteously reflects reality. And if we pay attention, if we lean in, if we listen maybe, just maybe, we can make way for change. Real, meaningful, life-saving change.