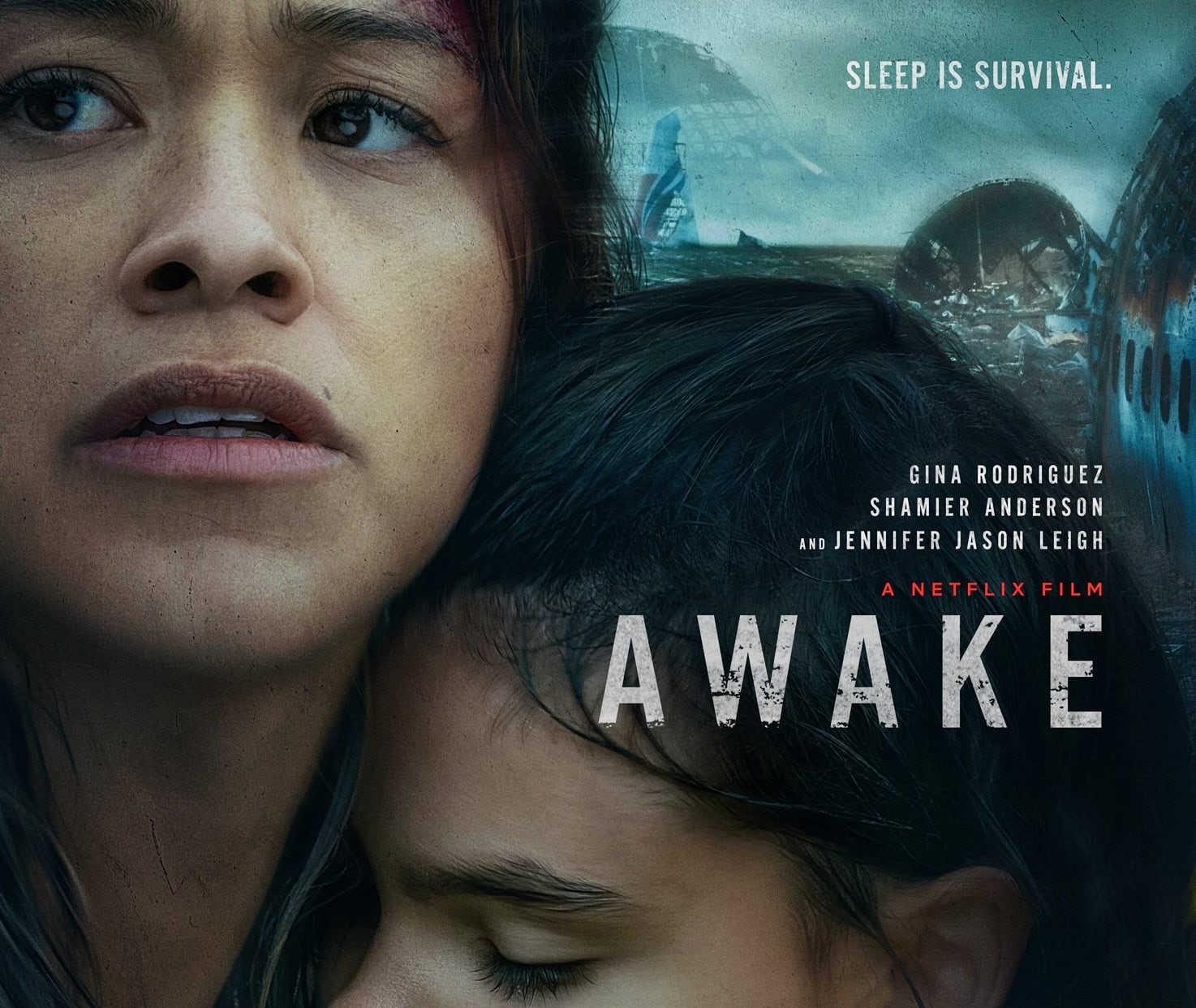 In seconds, life can go from ordinary to absolute chaos. A simple fluke of nature can upend society and throw people into a panic that can descend into paranoia and violence quickly. Awake explores these themes against the backdrop of a technological anomaly.

Veteran Jill Adams (Gina Rodriguez) experiences car trouble that results in a car accident where it appears that her daughter (Ariana Greenblatt) had drown. In a twist of fate, Jill’s daughter miraculously recovers but the family isn’t out of the woods. Police confirm that Jill’s accident was part of a global solar flare that left all electrical devices disabled.

The other side effect from this bizarre natural phenomenon becomes apparent within hours. No one, on the plant, is asleep. Coma patients have woken or died, babies and children are restless and not one person can settle in to sleep. No one but Jill’s daughter, Mathilda, who had survived the drowning.

The word gets out that the child can sleep as the world falls deeper into a sleep-deprived frenzy. Violence and paranoia spread like wildfire and its up to Jill to protect her children while finding it within herself to trust doctors and psychiatrists to find a cure for the world’s wakefulness.

Awake has a Bird Box vibe but isn’t as dark or as dire as the previous Netflix thriller. This flick is well-paced and certainly can carry the tension well. Written by Joseph Raso and directed by his brother Mark Raso, Awake promises to be the next Netflix thriller hit. The bizz around the film has been promising and with a release date of June 9, it is poised to be an early summer favourite.

Aside from Gina Rodriguez’s impressive performance, the rest of the cast is chock full of well-known character actors who bring depth and interest to their roles. Frances Fisher carries the role of Jill’s mother Doris with religious fervor and an intentional level of hysteria that adds tension to the overall vibe of the flick. Jennifer Jason Leigh, Barry Pepper and Finn Jones all give credible and intense performance that are thoroughly enjoyable to watch.

Awake is full of all the best elements you could ask for in a thriller and its just there, waiting for you on Netflix.