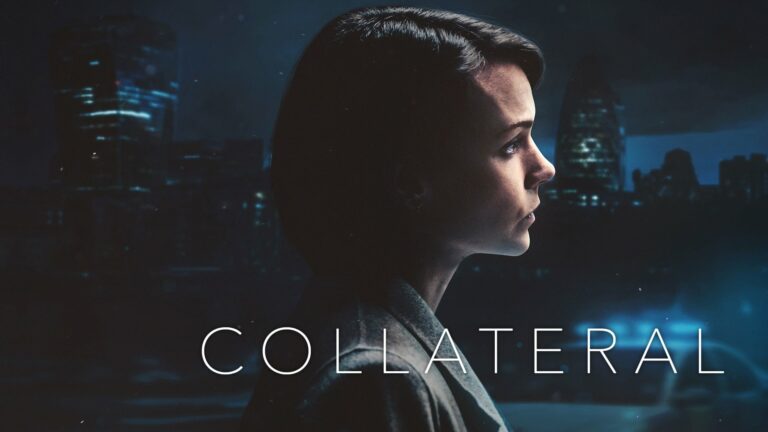 When a pizza delivery man is gunned down on a London street a newly promoted detective, Kip Glaspie, is assigned to the case. The more she digs into the investigation, the more complicated and entangled the truth becomes. This is Collateral, a limited series, originally from BBC.

The murder of Abdullah Asif, the delivery driver, is complicated as it is discovered that the shooting occurred on the doorstep of the ex-wife of a high ranking government official. When Glaspie (Carey Mulligan) questions the ex-wife it becomes evident that she is withholding the truth. It is the why behind the lie that concerns DI Glaspie more than the lie itself.

As Galspie digs deeper into the identity of the victim she uncovers more questions than answers as to why the man was killed. With each new suspect the motives for this murder remain murky, at best. And once those suspects start showing up dead, the case goes from bad to worse but that doesn’t deter Galspie. She is in it until the bitter end.

Carey Mulligan does a superb job at the helm of this diverse and talented cast. While this is a police drama, Collateral skips the formulaic plot and standard cop banter in favour of a strong, character driver narrative that is full of intrigue and unexpected twists. Mulligan sets a strong pace and John Simm gives a formattable performance for Mulligan to play off of. Billie Piper also gives a brilliant performance as the ex-wife of the government official who is at the center of the murder mystery.

Collateral isn’t afraid to dive into complicated themes and ask questions without readily providing answers. Upon its release this limited series became a fan favourite and drew praise from critics, as well. It was nominated for British Academy Television Awards in its debut year.

All in, Collateral is a well-paced and interesting watch that makes for a brilliant binge watch. Check it out now on Netflix.