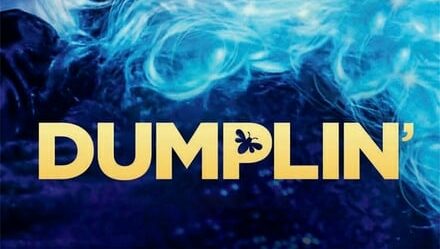 Frankly, a couple of questionable Southern accents aside, not much. Dumplin’ is delightful and heartfelt. It tackles the toxicity of beauty pageants, and questions what it means to be beautiful.

Willowdean “Dumplin’” Dickson (played to perfection by Danielle Macdonald) has a rough name and an even rougher home life. That might seem impossible, but it’s not. You try being a plus-size girl in a house ruled by your mom (Jennifer Aniston), Miss Teen Bluebonnet, who is obsessed with pageantry and appearances.

For a long time, Will had her Aunt Lucy (Hilliary Begley) to help her keep her head up. Lucy was big and confident and beautiful and Willowdean worshiped her. Before the events of the movie, Lucy died of a heart attack.

Struggling with the loss of her aunt and her mother’s obsession with looks, Willowdean makes the impulsive decision to join the beauty pageant this year. Will teams up with her childhood best friend Ellen Dryver (Odeya Rush) and new allies Millie (Maddie Baillio) and Hannah (Bex Taylor-Klaus). Their plan? To stage a revolution and change the way the world looks at big girls.

It doesn’t go smoothly. There are plenty of bumps in the road. And, of course, it would be spoiling to tell you exactly what happens. But along the way, Willowdean finds strength in herself and her friendships. She also lives the dream and gets help from drag queens. Some girls have all the luck.

Before I start gushing, I want to acknowledge that there’s a striking lack of melanin in the main cast. The one Black character we get to know slides right into the “sassy queer friend” stereotype. The movie is set in Texas, but it feels like maybe means there should be more rather than less Black folks.

That (important) issue aside, I have no complaints about this movie. I loved it. It’s sweet, It’s funny. The main message is “it doesn’t matter who you are, you are beautiful and you can do what you want.” The friendships — both the childhood friendship, which was pretty textbook, and the more unfamiliar friendships which made the movie — were supportive and encouraging, which is what we all need from our friends.

It was really exciting to watch a body positivity movie that was about all kinds of body positivity. In one moment, Will snaps that Ellen “isn’t built for the revolution.” Ellen snaps back that she never thought of Willowdean as fat. Rather than being throwaway lines, both girls later admit that their remarks were harmful and ignorant. That’s huge!

Dumplin’ is certainly worth the watch. The acting and writing and cinematography are all great. Plus, we get to watch teenage girls walk around in fancy dresses for the fun of it, not because they feel like they have to. May we all learn how to find the joy in our bodies, and (like Dolly says) “do it on purpose.”