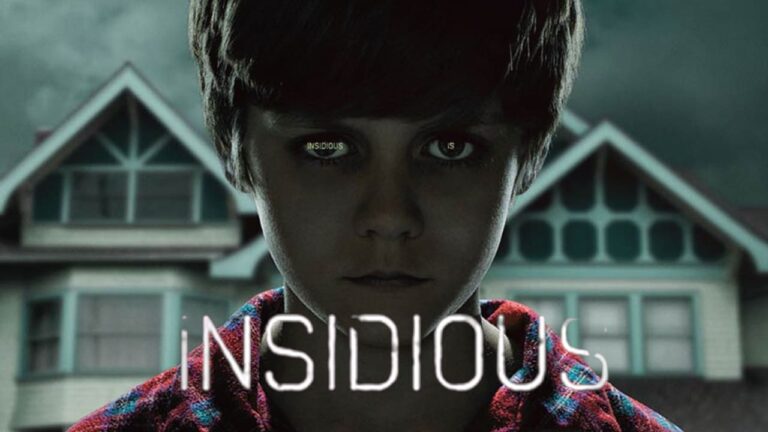 In 2010 the Insidious film franchise was born. It began as a little American/Canadian supernatural horror flick and snowballed into a four-film franchise that has dominated the horror landscape for the last decade. Here are some frightening and slightly odd facts about your favourite jump-scare flick.

Quick and on The Cheap – Written by Leigh Whannell and directed by James Wan, the first Insidious film was shot in just three weeks and cost about $1.5 million to make. In the end, it made just shy of $100 million with its global release making it the second most profitable film of 2011.

Doing Double Duty – Joseph Bishara is a well-known composer in the horror genre with his creepy and startling scores for The Conjuring and Annabelle. His music causes chills but his face, well, his face is the stuff of nightmares in Insidious as he is the man behind the Lipstick Face demon. But no worries, his young co-star passed the time watching him in the make-up chair so he wouldn’t be too scared on the set.

No Fear of Commitment – Leigh Whannell makes us scared of a lot of things but he doesn’t seem to have a fear of commitment when it comes to the Insidious franchise. He wrote all four movies, acted in them all and directed Chapter 3. He was in his twenties when he dreamed up the demons and monsters that haunt our dreams and he shows no signs of stopping. Horror is his thing with a total of ten horror scripts under his belt.

Out of Order – Like many noteworthy franchises there are two ways to binge this series … either chronologically as they were released or chronologically as the story flows. The Last Key is actually the origin story for the series, though it is the fourth film to be released, but should be viewed after Chapter 3. The third movie to watch is the original Insidious flick and lastly, Chapter 2. Which way do you binge the series?

Splat Pack 4ever – Leigh Whannell and James Wan met in film school in Autralia. Little did they know then that their partnership would yield some of the most memorable and frightening films of this century. They made a name for themselves in gore horror when they broke into the genre with Saw and then broke that mold with Insidious. No matter how they scare us, their friendship is terrifying and lasting.

By the Numbers – All in, the four Insidious films had a combined production budget of $26.5 million dollars. The first was made on the cheap with $1.5 million while Chapter 3 was the most costly to produce at $11 million. When the numbers were tallied, the series raked in $539.4 million world wide. When looking at the numbers, it is interesting to note that the film that had the highest box office success, The Last Key, is also the one with the lowest Rotten Tomatoes rating. Go figure.

It’s Not Over Yet – Fans of the series will be pleased to hear that Insidious will live to see another film – or two. Plans are already in the works for a fifth installment of the series with Patrick Wilson at the directing helm and Scott Teems taking over the writing gig from Whellan. There is also a crossover with Sinister on the books for the near future as well.

In the meantime, check out the first four Insidious movies now on Netflix.