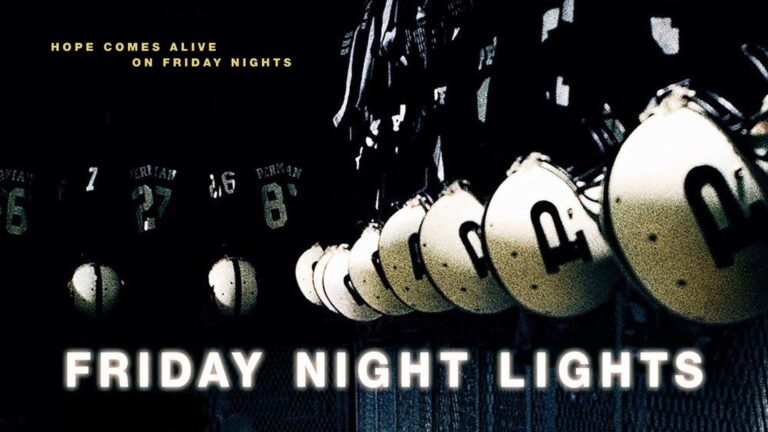 After a year of a Canadian Football drought fans are desperate for anything that involves a pigskin, a field and bodies crashing into one another. While the CFL season is due to start up again shortly we have a classic football flick to get you revved up for the season. This is Friday Night Lights.

Head Coach, Gary Gaines (Billy Bob Thorton), is under a tremendous amount of scrutiny from the town the lives and dies with their high school team, The Panthers. Working with some seasoned star athletes while attempting to raise a crop of up-and-comers leads to a series of missteps and near misses for a team that should have comfortably held the top spot in their league. In the end, a shot at the championship comes through a coin toss and with a bit of luck and a whole lot of hard work the team rises to the challenge.

Adapted for screen and directed by Peter Berg, this movie depicts the emotion of the moment more than unraveling a sweeping character arc. The leads are fleshed out in flashes of intense emotion and conflict and subtle moments of introspection and reflection. These snapshots of the town’s obsession with the team and it’s players is intensified with Berg’s technique of punctuating the drama through call-ins at the local talk radio station. The semi-documentary style filming and the solid performance by all of the leads, especially the very versatile Billy Bob Thornton, give this flick the extra boost that so many other sports films lack. All of these elements come together to create an interesting and well-paced narrative.

The movie was released to critical praise and fan enthusiasm. While it would have been easy for Friday Night Lights to be ‘just another sports movie’ it has stood the test of time and is often seen as a benchmark for other football films. The story goes beyond a kitschy telling of one team’s journey towards the championship and manages to create a very relatable and honest glimpse into the common experience of small town high school sports – in Texas or elsewhere.

This is a perfect movie to tide over any impatient football fan. Add The Blindside, Rudy and Facing the Giants for a football movie-marathon – all available now on Netflix.