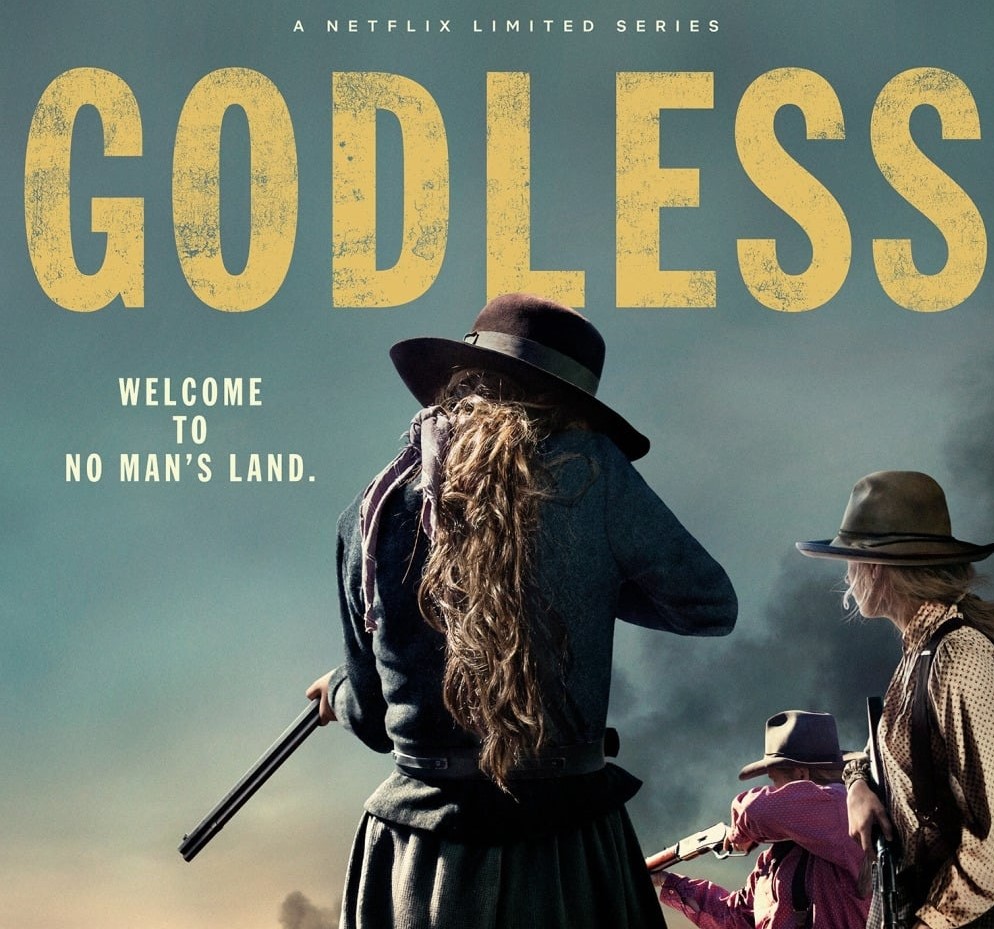 If you are looking for a good old western to binge on this weekend, stop your search and tune into Godless immediately.

Created, written and directed by Scott Frank, Godless, is a seven part miniseries about gunslingers, revenge and redemption. The story revolves around quick draw outlaw, Roy Goode (Jack O’Connell), and the deadly game of cat and mouse he is engaged in with the leader of his former gang leader, and segregate father, Frank Griffin (Jeff Daniels). Caught in the crosshairs of this deadly dispute is the New Mexico mining town of La Belle; a town with a story of its own.

Two years before a wounded Goode stumbled into town, La Belle suffered a catastrophic mine collapse that instantly killed all the men, leaving their widows to sort out survival in the dusty western town. The mine had stayed idle for two years until the long awaited mine company rolled into town to revive the community’s main source of income but the influx of men, ambition and money threatened to upend the fine balance of the townsfolks.

Interwoven throughout the conflict between Goode and Griffin and the town’s adjustment to outsiders is the story of Alice Fletcher (Michelle Dockery), a ranch owning widow who has a mysterious and complicated past. She forms a deep yet cautious bond with Goode, whom she rescued and tended to after an early confrontation with Griffin. What Fletcher doesn’t understand is just how deep Griffin’s need for revenge against Goode runs and just how far he’ll go to enact it.

This series is so well down. The writing is wonderful and the plot is entirely believable without being predictable. Dockery, O’Connell and Daniels for the perfect triangle of regret and hope. Their chemistry is magic onscreen and they hold the tension between their characters just as expertly as their characters hold their six shooters. The supporting cast is chock full of wonderful character actors, too. Memorable performances by Tantoo Cardinal, Thomas Brodie-Sangster and Merrit Weaver each give the drama the grit and the substance to hold credibility throughout.

Shoot-outs, horse chases, saloon brawls and regrets – Godless has it all. The only downfall of this limited series is that it is a limited series. Just one season. Just seven perfect episodes. Godless is a real, honest to goodness, western with a stellar cast and a smart plot. It just is. Don’t miss it.