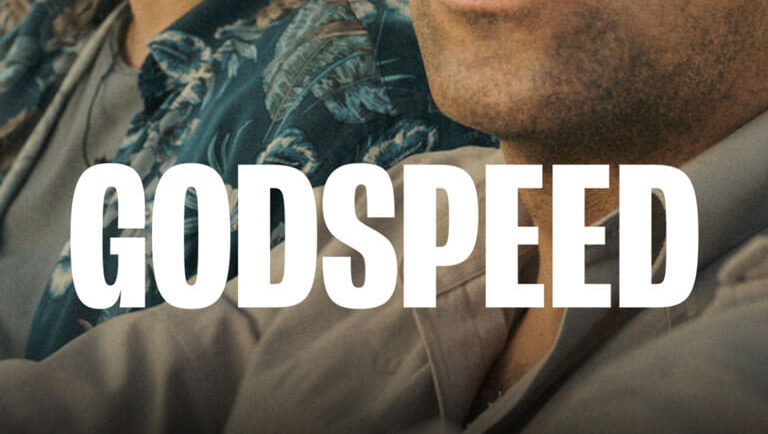 Godspeed is a Turkish film written by Hakan Evrensel and Mehmet Ada Öztekin. It is based on a book entitled Yolun Acik Olsun, and the movie stunned me.

It is sweet and heavy and funny and dark and sometimes silly and always full of emotions. (Also, there is a crazy twist in the final three-quarters. Like… CRAZY.) I don’t know what I was expecting, but I know that it wasn’t this.

There’s just a lot going on.

The camera opens on Salih, a former military commander, polishing his shoes. This has a lot of significance, which we learn when we see him putting on a prosthetic leg. He lost his leg in service and is struggling to adjust to civilian life. This garners him a lot of sympathy from most of the characters in the movie, but not his friend Kerim.

Kerim, for his part, is in love with a girl named Elif, whose father has forbidden the match. He joined the military in an attempt to convince his potential in-laws to let him marry her. Unfortunately, he returns from his service to find that her father has arranged for her to marry someone else. Devastated, he convinces Salih to drive him to the wedding so that he can try to stop it.

The two storylines work together, but they are still their own entities. Salih and Kerim’s journeys are very different — and very difficult.

Speaking of difficult journeys, Duygu is Salih’s wife and she is trying desperately to help her husband recover, or at least adapt. He is no longer the man she fell in love with, and she wants to help him find his way back. Not only that — her parents are constantly urging her to get a divorce and have done with Salih.

Salih and Kerim’s road trip is the central focus of the movie, although there are plenty of flashbacks and minor side plots. Their relationship is difficult to figure out. At first I thought that Kerim annoyed Salih, who he calls “Sir.” (Salih was Kerim’s commanding officer when they were in the army.) There’s plenty of banter that gives that impression. But then Salih tells Kerim, “stop calling me “sir.” Just call me brother.”

It’s a very sweet moment, and it’s at that moment that I threw up my hands and gave up on trying to define their relationship. (To be sure, the men keep bickering as they drive along the highway, but what brothers don’t bicker?)

In addition to the guys and their road-trip-friendship, Godspeed has a huge theme of being caged and imprisoned. Everyone is trapped in some way, but Duygu and Elif, the women of the film, are the ones that are most caged — by society, by their partners, by their parents. I appreciated the chance for these women to shine, even when Salih and Kerim are ostensibly the stars of this show.

It’s a film with layers and meaning, and if you have a couple of hours and you are emotionally stable I’d recommend it. If not, you might want to think twice before watching.