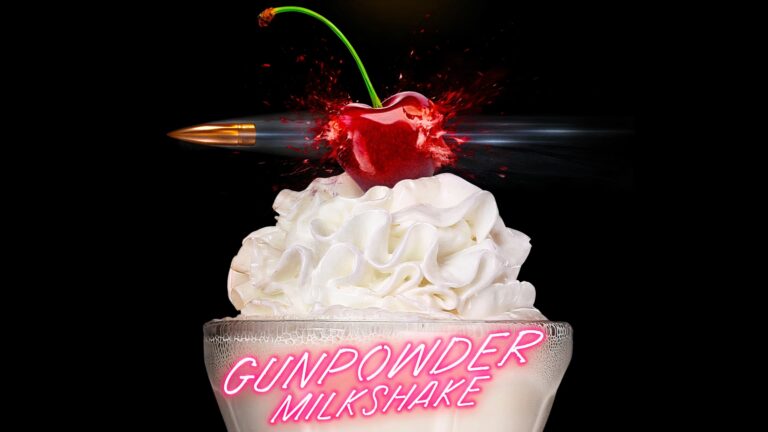 Mother/daughter relationships can be difficult but nothing brings a family together like saving a young girl from assassins. Full of action, intriguing camera work and some kicking explosions, this is Gunpowder Milkshake.

Gunpowder Milkshake is exactly the family drama you’d expect if the family has been in the assassination business for generations. A young assassin, Sam (Karen Gillan), is forced to seek out help from her estranged mother, Scarlet (Lena Headey) when she botches an assignment in order to save the life of a young girl.

When her boss realizes that Sam did not complete the job, he sends out three pros, and former crew-members of Scarlet’s, to take care of business. There’s a constant back on forth of gunfire and hand to hand combat as Scarlet and Sam struggle to protect the young girl from The Firm’s assassins. Loyalties are tested and bonds are formed as Sam finds her footing as a protector rather than a killer.

This face-paced, quirky action flick is the brain child of Navot Papushado, who also directed the film, and Ehud Lavski. Gunpowder Milkshake is as much art as it is entertainment with its well-choreographed action sequences, memorable camera work and fantastic sets and costumes. While the script is basic the leading ladies, who include Angela Bassett, Carla Gugino and Michelle Yeoh, fill every moment of the their screen time with strength, poise and artistry. The true strength of this film is the mighty ensemble of women.

Papushado and Lavski were intentional about building a space within the film that would showcase, not only the strength of the women, but the soul of them as well. In designing the set of the library, production designer, David Scheunemann, took inspiration from libraries from around the world and books that showcased the resiliency of women. It all comes together to create a set that feels more like an additional character in the film than a backdrop for the actors to play against.