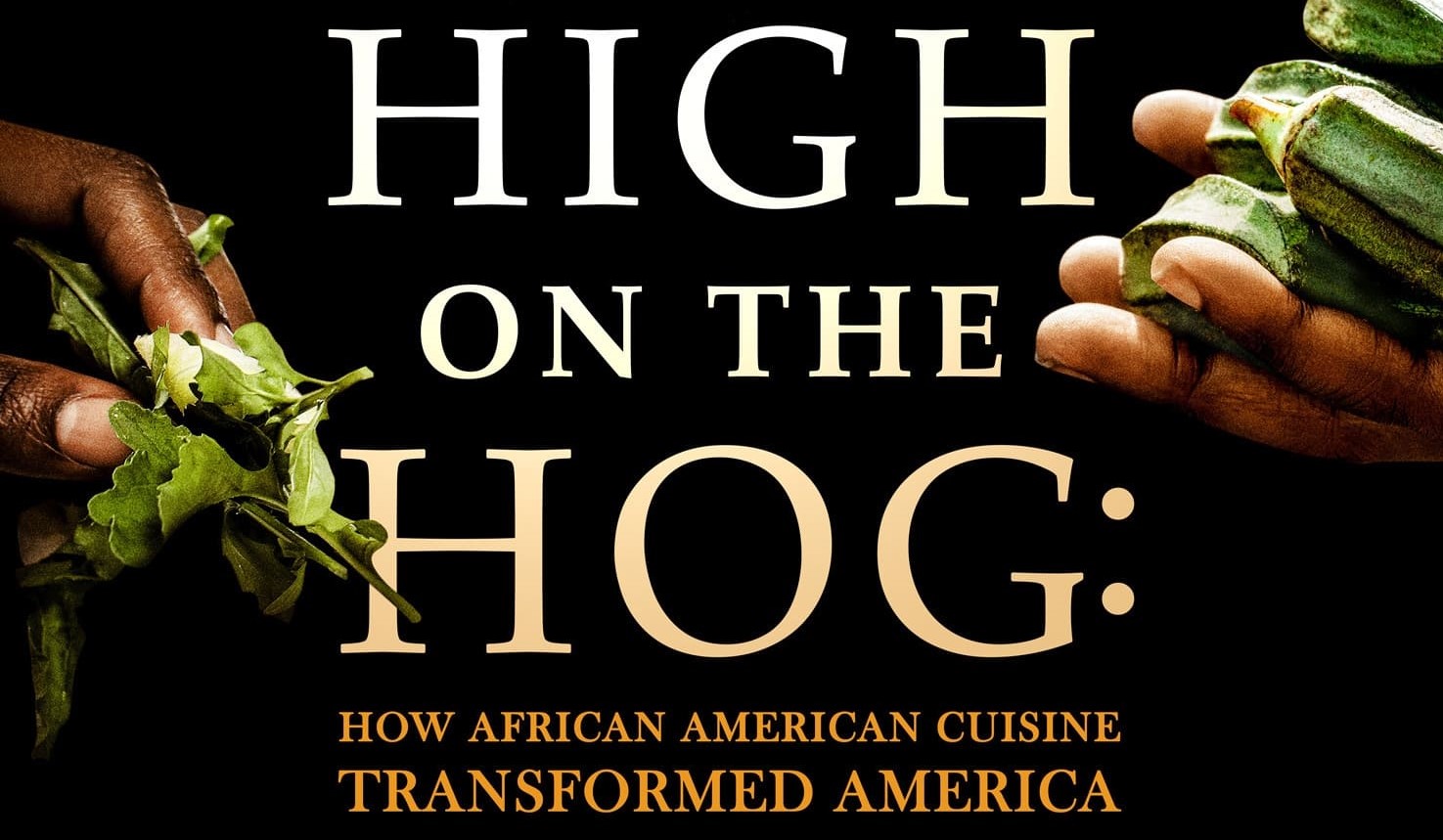 High on the Hog: How African American Cuisine Transformed America (2021)

At this point in history, the only way to not know of the struggle against oppression that Black people have faced for generations is through willful ignorance. With the focus on justice and rights, it is, unfortunately easy to overlook the contributions this race of people have made to our modern life. High on the Hog takes us on an adventure of rediscovery and truth about how African American culture has influenced our experience with food.

The series begins with host, Stephen Satterfield, boarding a plane to Africa to explore a West African open market that holds the roots to African cuisine in America. Satterfield meets up with his idol, Dr. Jessica Harris, an author and food historian to learn more about the importance of certain foods and regions.

As the series continues, Satterfield travels from Africa back to America to learn more about the evolution of cuisine throughout the south. He visits North Carline to learn about rice, as a staple and a commodity. Then he swings over to Virginia to savour the delights of mac and cheese and good old Virginia ham. He also hears about how the founding father’s kept some of the most influential chefs of the day. Men whose ingenuity still grace our plates today.

To wrap up the series, Satterfield heads to Texas immerse himself in the tastes and culture of barbeque and freedom. He eats his way through the history of liberation and the continued journey to freedom and justice. Framed against the rich history of black cowboys, Satterfield is left hungry for more.

This series is as beautiful to watch as it is educational. The cinematography is stunning and adds weight to the truth behind Black history. Satterfield does not dodge the tough realities his ancestors faced not does he rush to keep the episodes light-hearted. He sits with difficult truths and craves more information while honouring those who have journeyed before him.

High on the Hog closely follows Dr. Harris’ book by the same name. It is one small but important step towards liberating the truth of the souls who built the American nation. They exercised their creativity and solidarity through the food they created. They preserved their connection to their roots through the ingredients they chose and they left their mark on this foreign land by celebrating their strength and skill with every dish they served.

High on the Hog is a beautiful tribute and a magnificent celebration of history, creativity and hope. Be sure to adventure with Stephen Satterfield and learn from the past and the present while visually experiencing some of the most delectable dishes of the culture.