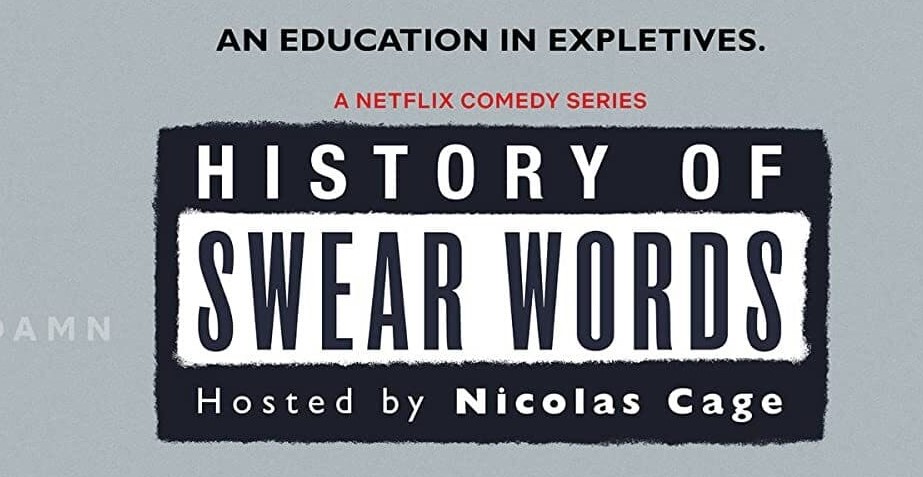 Well, darn it all. Swear words finally have their own series – and who better to host a show jam packed with curse words than Nicolas Cage? In a benign, collegial setting, Nicolas Cage hosts a conversation on the meanings, uses and evolution of swear words in our society. And it’s a f*cking delightful!

History of Swear Words, a Netflix’s six part series goes beyond the shock factor of repeatedly saying a slew of forbidden words and invites an interesting and in depth second look at how good words became bad and how bad words have become less bad over time. While the famous curser hosts the conversation, Cage leaves the the academic conversation to the professionals. Etymologists, historians and cultural critics weigh in with their thoughts on the evolution of cuss culture.

All of your favourite (or least favourite) words get their 20 minutes of fame. F*ck. Sh*t. B*tch. D*ck. P*ssy. And Damn. And with each episode we get the unvarnished history of the word, its origins and how it morphed it’s way on to the Naughty List. Some words started as common as any word we currently use in polite society and became taboo in recent centuries while others were curses of Biblical proportions that have become less severe over time. Whether a four-letter favourite or a harmless mini-expletive, each word featured has a secret past that the series uncovers.

One of the interesting side notes for this fun and irreverent series is that it is Netflix’s first post-pandemic outbreak production – meaning, that the whole thing was filmed remotely while being entirely unscripted. The cast of Cage and his etymologist buddies is filled out with some of the funniest people in show business as comedians Sarah Silverman, Isaiah Whitlock Jr and Nikki Glaser – along with many more – lend their commentary to the project. The production team also inserted pop culture references and animated shorts to stave of the feel of a monotonous zoom call. And it all works together to make a really entertaining and engaging original series.

History of Swear Words is genuinely funny and unexpectedly informative as it breaks down the words history of the words we love to say – even if we shouldn’t!