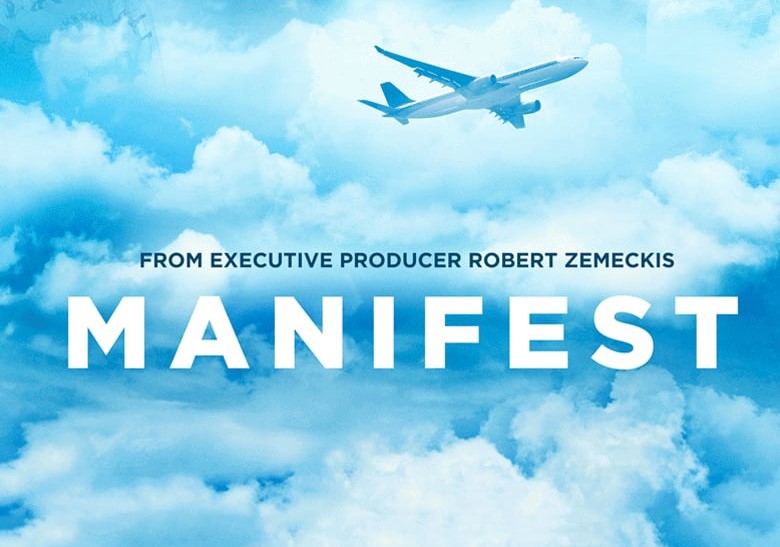 A delayed flight results in five missing years – but it happens in a blink, in a flash of lightening. Five years passes in a three hour flight for everyone but those on the plane. And once those passengers land, questions pile up with no answers in sight. This is Manifest.

A woman, her parents and her brother and his family are waiting to board their flight after a family vacation in Jamaica. A snap decision by Michaela Stone ( Melissa Roxburgh) and her brother Ben (Josh Dallas) to take a later flight with Ben’s son Cal (Jack Messena) changes all of their lives forever. After experiencing some unexpected turbulence and lightening, the flight arrived on schedule but 5 years late.

As the passengers deplane, it quickly becomes evident that something has happened, some emergency has occurred. Although all of the passengers are fine, the folks on the ground are astonished and confused. Flight 828 was lost 5 years earlier yet here they were. As authorities question passengers and crew about how they spent the missing years, the mystery seems to just go deeper and deeper.

Manifest is a supernatural thriller series that launched on NBC on 2018 to wide interest and praise. The ensemble cast is diverse with great chemistry. Their strong showing propels the storyline forward for three seasons (two currently available on Netflix). Through the initial re-entry to a world that has moved forward without them to the enormous task of finding their footing in their new reality while trying to solve the mystery of the plane, the cast continues to deliver strong performances throughout.

The show gives a well-rounded view on the complexities of the reality of loss and relationship. The cast, each in their own way, display a range of emotion and grief with authenticity as their stories unfold. The passing of parents, the loss of love and the rekindling of relationships are running themes throughout the series as the larger question of what happened on the flight and who is responsible for it all.

Manifest was cancelled by NBC at the close of its third season. After some back, Netflix decided to pick the show up. There was hope that the streaming service would order a fourth season but at this point its a no-go. Still, there are three full seasons of mystery and intrigue to keep you interested in this binge-worthy series.