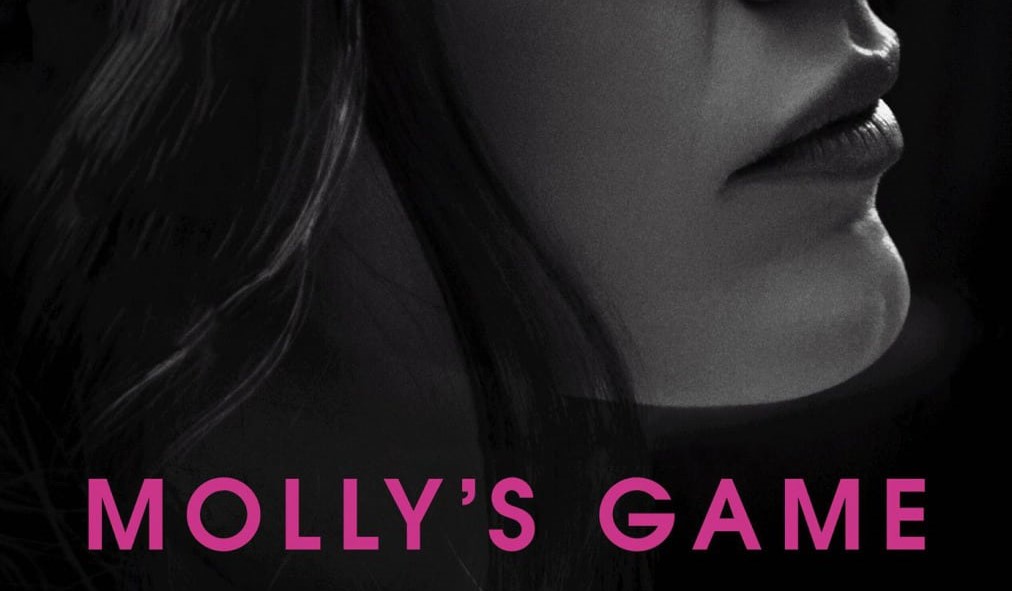 What does a promising Olympic hopeful in free-styling have to do with high-stakes poker? If it’s Molly Bloom – a lot.

Based on the memoir by the same name, Molly’s Game is another Aaron Sorkin treat. Written and directed by the celebrated screenwriter, this flick delivers all of the best of Sorkin. It’s fast paced, full of witty dialogue and clever exposition. It stars the cream of the crop giving the performances of their lives. And, it’s just an honest to goodness good story.

The story opens with Molly narrating her life-changing, fluke accident on the slopes while attempting to qualify for a spot on the American Olympic ski team. The story unfolds as Molly attempts to find her footing post-Olympic-hopeful. She couch surfs while testing the waters of a series of mediocre jobs. One of these jobs eventually leads to her introduction to the off-book, high-stakes poker scene.

With her quick mind and her competitive nature, it doesn’t take long for Molly to rise to the top of the poker game – not as a player but as a host. Despite setbacks and insecure men trying to set the terms of her game, Molly adapts, adjusts and continues to find success on her own terms.

The pressure to stay on top begins to get to her and she makes a series of decisions that leads to her arrest in an wide-sweeping FBI raid. Charged with racketeering, and on the verge of losing everything, Molly is forced to come to terms with the mess she’s in and used her exceptional mind and hard-won resiliency to find a way to face the charges on her own terms.

Sorkin makes his directorial debut with Molly’s Game and he comes out of the gate swinging. The story is beautifully paced, artistically shot and masterfully performed. It is a story that inspires without cliches or over-the-top sweetness. Its complicated and real and relatable. And it is a delight to watch.

This award-winning movie was the perfect vehicle to display Aaron Sorkin‘s mastery as a director as well as being one of the best wordsmiths on the planet. Jessica Chastain and Idris Elba both perform at the top of their game, with chemistry and tension that is unmatched. All in, Molly’s Game is a safe bet for a thoroughly enjoyable movie night.