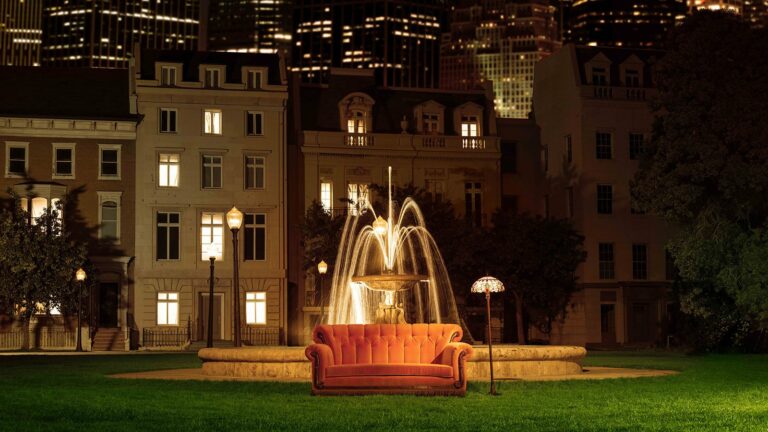 New Friends to be Found

Sadly, it’s true. December 31, 2020 is the last day the popular sitcom Friends will be available on Netflix. For the past five years Rachel, Ross, Joey, Phoebe, Monica and Chandler have been available at our beck and call on Netflix. They have been our constant pals through cold winters, rainy nights and quarantines and it is unimaginable to think of moving into the next decade without them but here we are, facing 2021 without our buddies on their familiar couch at Central Perk.

But it’s not all grim news. There are new friends to be made and old friends to be reacquainted with on Netflix this winter. Check out these fantastic sitcoms, now streaming.

Schitts Creek features the once wealthy and pampered Rose family now down on their luck and stuck with each other, living in a town they once bought as a joke. Over six seasons we see the former business mogul, Johnny Rose (Eugene Levy), and his former soap opera star wife, Moira (Catherine O’Hara) and their two spoiled children, David (David Levy) and Alexis (Annie Murphy) struggle to find their footing in their new life as they sometimes mix and sometimes clash with the locals. This award-winning show is full of memorable moments and belly laughs that are sure to turn you from a casual watcher to an addicted fan in short order.

How I Met Your Mother features another set of friends in New York City. This story is told through flashbacks as main character Ted (Josh Radner) recounts the tale of how he met his children’s mother to his two littles. Ted and his friends, Marshall (Jason Segel), Robin (Colbie Smulders), Barney (Neil Patrick Harris) and Lily (Alyson Hannigan) live out a series of misadventures in romance as they all mature into adulthood. The show is quirky, funny and engaging and definitely a binge-worthy new find.

Grace and Frankie is a hilarious sitcom about two women who find each themselves in the same boat when they husbands leave them for each other. When they should be planning for retirement, they are all embarking on a new adventure of self-discovery and redefined friendship. Jane Fonda and Lily Tomlin are hysterical as the jilted wives and Martin Sheen and Sam Waterson match their comedy prowess as the business partners turned life partners. This unconventional sitcom is full of laughs and poignant moments of growth and love as each character rediscovers themselves in the twilight years of their lives.

Kim’s Convenience follows the Kim family as they run their convenience store in a multi-cultural neighborhood in downtown Toronto. The funny is introduced through the multi-generational perspectives of this immigrant family that are wholly believable and heart-warming at the same time. The dialogue is quippy and the story is intelligent while not losing a beat of comedy along the way. Paul Sun-Hyung Lee, Jean Yoon, Andrea Bang and Simu Liu make up the primary cast and their chemistry and banter is brilliant. The show plays to archetype without crossing over into stereotypes and maintains a steady stream of funny which makes it a delightful binge-worthy find.

Check out these and the countless other hilarious sitcoms streaming on Netflix now!