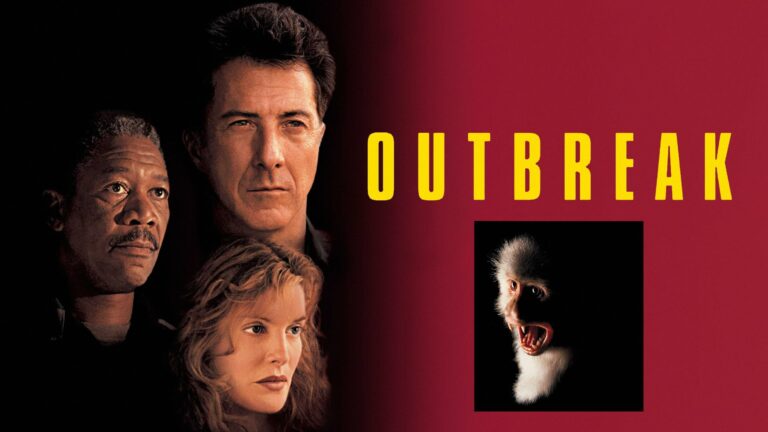 Art and life often are symbiotic and though we are (fingers crossed) coming to the end of the COVID-19 pandemic there’s still time for another disaster movie to mess with our psyches. Outbreak isn’t a new flick but it is a classic and disturbing ‘what if’ scenario that we have lived out over the past year and a half.

The film centers around an Ebola outbreak that begins in Zaire and spreads to California and opens with this quote from Dr. Joshua Lederberg, a Nobel laureate, “The single biggest threat to man’s continued dominance on the planet is the virus.” It is an ominous and prophetic statement that frames the chaos that unfolds as both military and civilian agencies struggle to contain the virus.

In a nutshell, soldiers stationed in an African jungle come down with a deadly virus which the military decides to cover up. Within a month a major viral outbreak has occurred in a neighboring community. At the same time a monkey, who is also infected with the virus, is traded on the black market to a handler in California. Before long a small town in California is under quarantine as dozens of townsfolk become sick with the deadly virus.

While the public is coming to terms with the outbreak of a highly contagious, deadly virus, government scientists and military doctors are locking horns over the right way to handle and contain this threat to global health. Because of the military’s shady cover-up early on, the political stakes are just as high as the risk to the planet that the virus poses.

Many reviews of the day commented on this plot as being truly terrifying and an excellent science-fiction premise. The applauded the writing and the acting, even if some thought the idea of a virus that threatens humanity’s existence was a little far fetched. Little did they know then that 25 years later we would be living this plot all too closely.

If you’ve not seen Outbreak yet then your pandemic viewing is incomplete. Set aside Joe Exotic and cat documentaries and settle into a sci-fi flick that lands a little too close to home. It’s an excellent watch. You won’t be sorry!