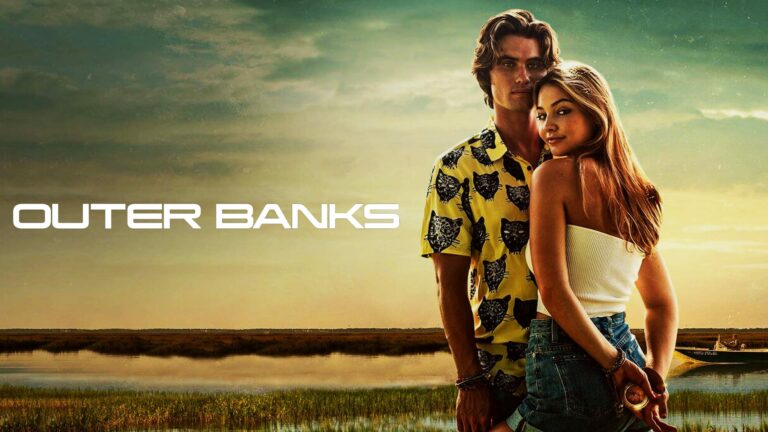 The Outer Banks of South Carolina are a paradise for the rich and a daily grind for the working-class. The social divide is extreme and the teens on the island have their own way of navigating the chasm as they confront corruption, greed and loss in their lives.

Outer Banks follows a group of teens who are caught up in a mystery that quickly overwhelms them. John B (Chase Stokes) leads a group of working class teens known as “Pogues”. His father went missing months ago and he relies on his friends and his quick wits to survive on his own.

While trying to understand how his father went missing John B discovers that his dad was researching a legendary shipwreck. That shipwreck, and the gold it reportedly holds, becomes the catalyst for a chain reaction of events that drive John B and his crew to the brink. With law enforcement and the island’s wealthiest land developer hot on their trail.

Created by Josh and Jonah Pate and Shannon Burke, Outer Banks currently has two seasons available on Netflix and a third in development. Although this is a teen focused drama, it rises above its contemporaries by providing a genuinely interesting mystery, pretty impressive writing and a cast that live each moment rather than merely act through a script.

Chase Stokes, as John B, is captivating onscreen. He is full of authentic responses and subtle expressions that make his character vulnerable and tough and entirely likeable. Madelyn Cline is Sarah Cameron, the rich girl love interest of John B. She delivers Sarah as more than an upper class snoot but as a regular teen girl who struggles with belonging and finding her place in her world.

Jonathan Daviss and Rudy Pankow portray John B’s two best buds, Pope and JJ respectively. These roles could easily cross over to cheesey stereotypes but Daviss and Pankow approach their roles with honesty and simplicity. This, coupled with really good chemistry, bring believability to these sidekicks.

The real stand out in this teen cast though is Madison Bailey. She brings rich girl “Pogue,” Kie to life. She is dynamic and fully inhabits her role. Kie is likeable, smart and the glue who holds her friend group together and Bailey serves up a beautiful, understated performance through the first two seasons.

Unlike some other teen dramas, this one has an air of believability with a cast you can actually root for. Make some time in your summer schedule to binge the first two seasons of Outer Banks.