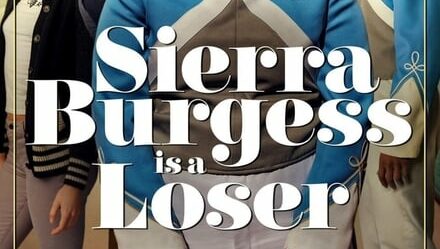 Today I watched Sierra Burgess Is a Loser for the first time. I know, I know — I’m super late to the party. But Shannon Purser, who plays Stranger Things’ Barbara Holland, stars in this one. “Okay,” I thought, “there’s probably no better time to watch this movie than now, when Stranger Things is quite a hot topic.”

Frankly, I don’t know if there is a good time to watch this movie. It’s definitely watchable — thank you, Shannon Purser and Kristine Froseth, for your magnificent performances — but overall I found it lacking.

Smart and sweet but unpopular Sierra Burgess (Shannon Purser) is constantly bullied — especially by Veronica (Kristine Froseth), who is a cheerleader and has a boyfriend who’s in college and just generally is popular.

I will say — it impressed me that despite all of the bullying, Sierra has a pretty healthy view of herself. There’s minimal self-hatred, and she always responds with clever quips. Even though she isn’t popular, she does have a best friend with whom she has a very healthy relationship.

Enter Jayme, played by Netflix’s golden boy Noah Centineo. Jayme is a football quarterback that is really into Veronica. Through a twisted turn of events, he ends up texting Sierra thinking that she’s the cheerleader. And Sierra texts back. Desperate to keep the heartthrob talking to her, she ropes Veronica into a plot to keep Jayme hooked.

Ta-da! A case of mistaken identity and miscommunication and deliberate deception is all set to unfold.

The Cyrano de Bergerac-inspired story has a lot of potential, but I had some pretty major problems with it.

For one thing, there’s a lack of consent in Sierra’s plan. Her deliberate deception leads to some ethically dicey situations. No spoilers, but there is most definitely a kiss that breaks all kinds of consent rules.

And speaking of deception, it was frustrating to watch the girl that I thought was stable and smart make poor choices. She lied to everyone she cared about and let everything in her life slide for a boy that she hadn’t even introduced herself to. Making a mistake doesn’t negate intelligence, of course. It’s just that giving up everything you have for someone you’re crushing on is overused and unhealthy. It hurt to watch Sierra do such a stereotypically rom-com thing when I had so much hope for a protagonist that dealt with her emotions in healthy ways.

All of this hasn’t even started on a certain scene that is totally insensitive to the deaf and hard-of-hearing community. Yikes.

And Yet, There’s Hope

And yet, despite all this, I didn’t hate everything about the movie. I loved the fact that an unlikely girl-on-girl friendship developed. Girls supporting girls never gets old. Also, despite the fact that Sierra stumbles into believing that she needs to be someone else to get the guy, there is a pretty positive message about being yourself tucked into the movie.

In short, I wouldn’t recommend it, but Sierra Burgess Is a Loser is certainly not totally lame.