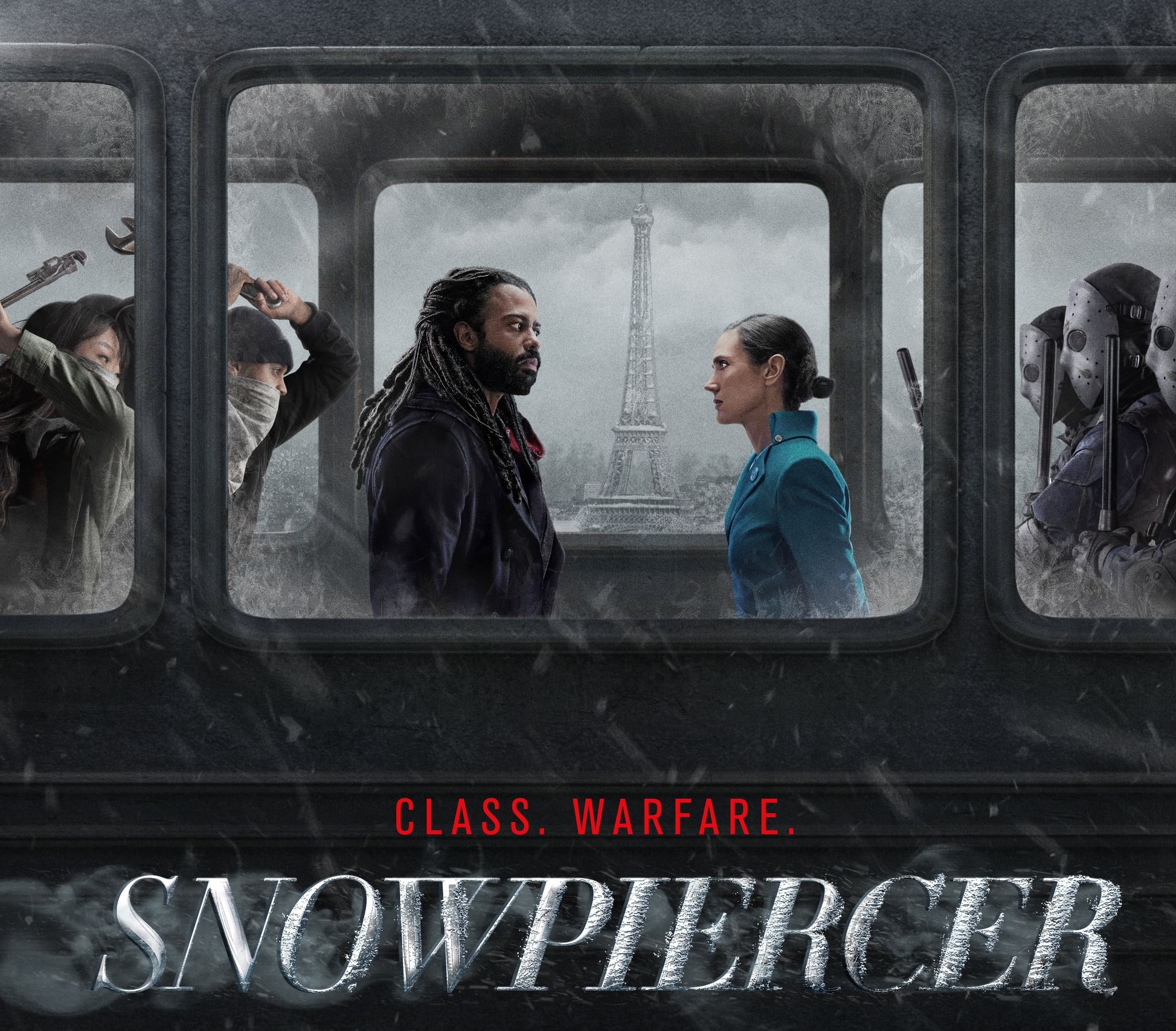 There is something strangely appealing about watching a post-apocalyptic movie or series in the middle of a world wide pandemic. I joke that for each one I watch I gain a whole new set of skills for survival. Snowpiercer adds a whole new list of skills and scenarios to my repertoire – and its deeply engaging and suspenseful to boot.

This series is a reboot of a South Korean-Czech film of the same name which was based on the French graphic novel, Le Transperceneige. The premiss is that global warming wrecked the planet and in an effort to slow the devastation, scientists over-corrected the climate during a reset that plunged the whole planet into a catastrophic deep freeze. A team of engineers develop a perpetual motion engine that just might be able to sustain life long enough for the planet to thaw.

The wealthy are given the opportunity to invest in the train in return for a first class ticket while others pledge to work as custodians, cooks and brakemen to earn their place on the train. the day the train leaves the station, dozens of unticketed people rush the train, desperate for their last chance at survival. Some are killed in the melee, others are thrown from the train and some, the unlucky few, find a home in the tail of the train.

The train circles the globe for years, with little trouble except for the occasional uprising from the ‘Tailees’ and on the current revolution another kind of revolution is brewing. The carefully structured society begins to crumble as a murder is discovered and a Tailee is brought uptrain to solve it. This access to the other side of the train gives the tail a real chance at rising up and finally getting a voice on the train.

Daveed Diggs (formerly of Hamilton) is brilliant as Andre Layton, former detective and unofficial leader of the Tailees. He gives depth and a sense of realism to his character that makes the whole premiss of the show believable. Jennifer Connelly plays opposite of Diggs as Melanie Cavill, head hostess of the train who is the secret brain of the whole scheme.

This series is a binge worthy find and thankfully we don’t have to wait long for season two. Its scheduled to drop by the end of January. That leaves just enough time to binge the first season of Snowpiercer so you can get on board this post-apocolyptic thriller for round two!