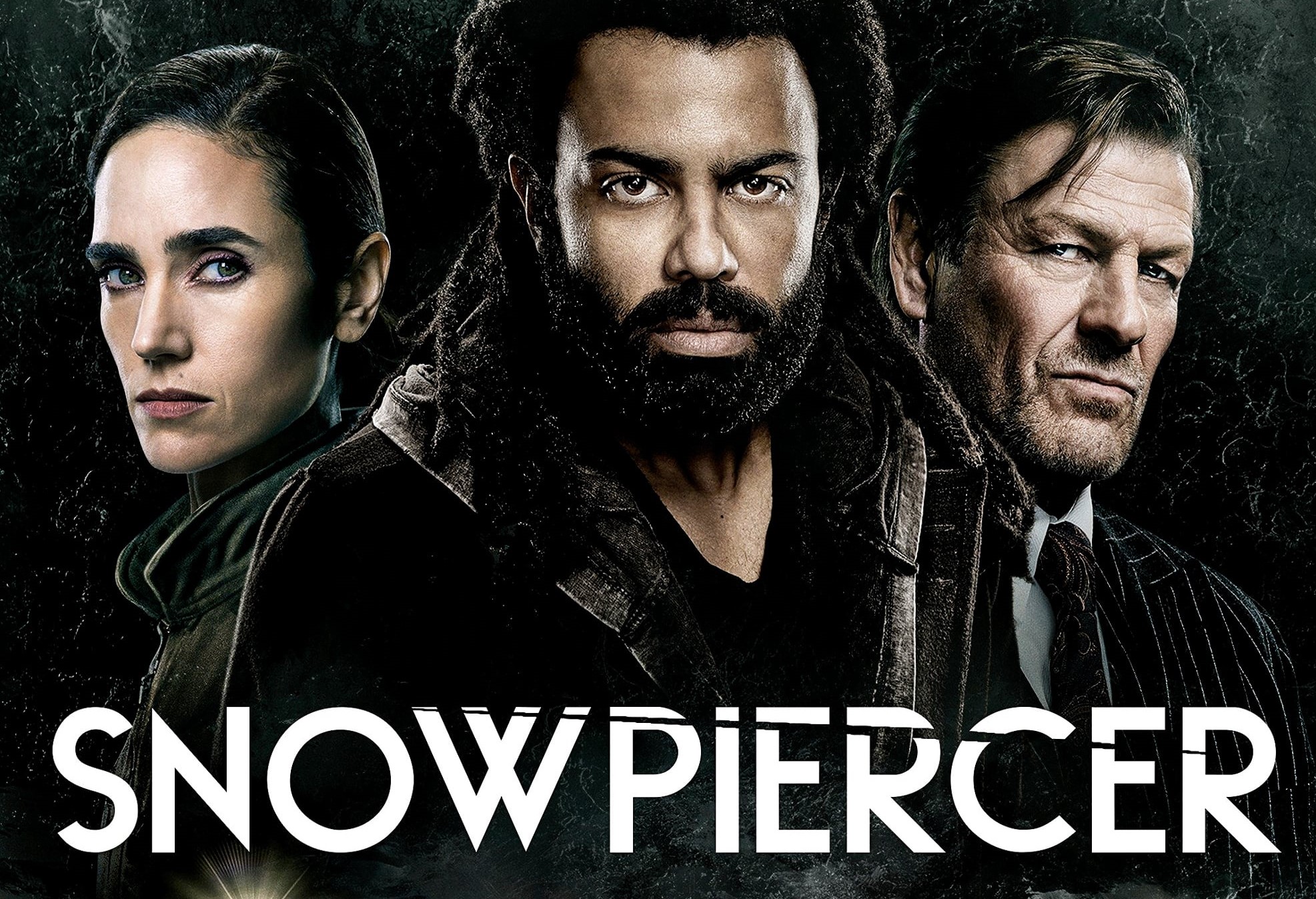 Snowpiercer is back for a second season and nothing is as straight forward as it seems.

At the close of season one, Head of Hospitality for Wilford Industries miracle train, Melanie (Jennifer Connelly), hands over the leadership of the train to Tailes, Andre Layton (Daveed Diggs) following an uprising against the first-class passengers and leadership on the train. As Layton struggles to find a balance as leader while still sorting out his loyalties to his class of passengers a new crisis strikes the train.

As the train nears Chicago, its point of origin, to begin another revolution, the engineer begins to pick up a ghost signal over the radio. As he frantically searches for the source of the signal, Melanie has a sinking feeling that the gig is up. While she was almost sure that Mr. Wilford did not survive being abandoned outside the train years earlier, she knew, when it comes to Wilford, there are no guarantees.

Not only did Wilford survive, but he also rebooted Melanie’s protype train, Big Alice, and had spent the ensuing years circle the globe, just slightly behind the schedule of Snowpiercer, biding his time and planning his revenge. His moment of revenge begins as Big Alice latches on to Snowpiercer and Wilford’s crew, lead by Melanie’s own daughter, boards the train with a list of demands.

Season two opens as Melanie struggles to break the connection between the trains from the outside. Eventually she finds herself aboard Big Alice and face to face with a very suave yet embittered Wilford – and the daughter she thought had died years earlier. Now Melanie must wrestle with her loyalties, her guilt and the weight of responsibility to Snowpiercer’s passengers as she decides what her next move is.

Season two is just as thrilling and engaging as season one with more back story revealed and every alliance tested. Sean Bean joins the cast as the mysterious Mr. Wilford, a calculating and dangerously patient foe of the battered residents of Snowpiercer. He walks the line between charm and terror perfectly as he diabolically exacts revenge and creates chaos for all of those who stand against him.

Get on board for a second season of survival and treachery as Snowpiercer prepares for another revolution. New episodes are streaming weekly beginning January 25.