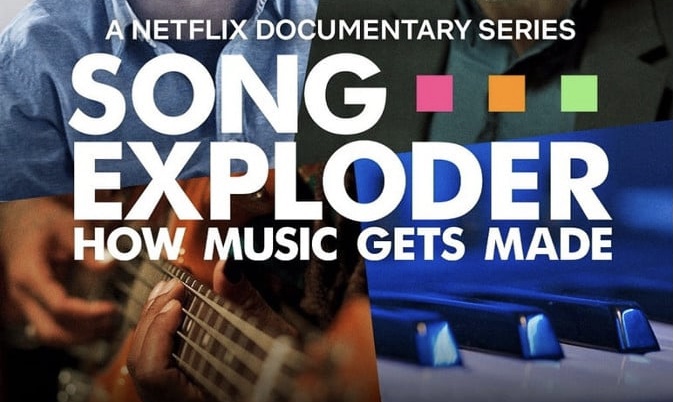 Have you ever listened to a song and wondered how it came to be? Have you ever wanted to sit with a singer or songwriter to hear the nitty gritty of their process? If so, Song Exploder is the show for you!

In 2014, Hrishikesh Hirway launched a podcast by the same name that was immediately met with rave reviews. The format was straightforward, pick a great song, and break down the creative process with the artist, songwriter and the producer. What came out of this biweekly podcast was pure genius. Now Netflix has decided to get in on that genius by turning the podcast into series.

In the first episode of the first season, Hirway sits down with pop superstar, Alicia Keys to discuss the how and why behind her hit 3 Hour Drive. Keys opens up about how motherhood has shifted her perspective and has given her a depth and soulfulness to her songwriting that is unexpected. She also discusses how her cowriter, musician Sampha, brought an interesting element to the process as a son who recently lost his mother. The juxtaposition of life and loss brings a hauntingly beautiful melody to their collaboration.

The next episode features Lin-Manuel Miranda’s Wait for It from his smash hit Broadway musical Hamilton. Miranda reveals his writing process and how his collaboration with the show’s musical director, Alex Lacamoire impacted the final version of the song. Lacamoire gets into the technical elements of turning a demo track into a piece that blows the roof of the house each time it’s performed. This glimpse into the creative mind of Miranda leaves fans of his work thirsting for more.

The third episode reaches back into the vaults of the 1990s alternative rock scene with a look at R.E.M.’s Losing My Religion. The whole band sits down with Hirway for an intimate conversation about their genre specific following that exploded into worldwide fame with the release of this dark and quirky song that features a mandolin and an obscure southern saying. Lead singer, Michael Stipe, in particular, reminisces about the song, the album and the era of their fame and the genuine respect and friendship of the band that has kept R.E.M. an icon of pop music nearly three decades after this hit was first released.

In the final episode of this first volume, Hirway switches gears and dives deep with Ty Dolla $ign to talk about his love song to his city, LA. Know for his club hits, Ty Dalla $ign shifts from his party anthems to explore the heart and soul of Los Angeles and the people who build their lives on the hope of opportunity in that city. Throughout this interview it is clear that this is more than just a song, this is a labor of love to the city and the people that have made Ty Dolla $ign who he is.

Hrishikesh Hirway is the perfect host for these conversations. He is knowledgeable, chill and interested. He puts the artists at ease while drawing out confessions and secrets of their process. Hirway is an artist in his own right and he draws out the humanity behind each song and constructs stories that are the stuff of legends. I cannot wait for Volume Two to drop but for now, check out Song Exploder.