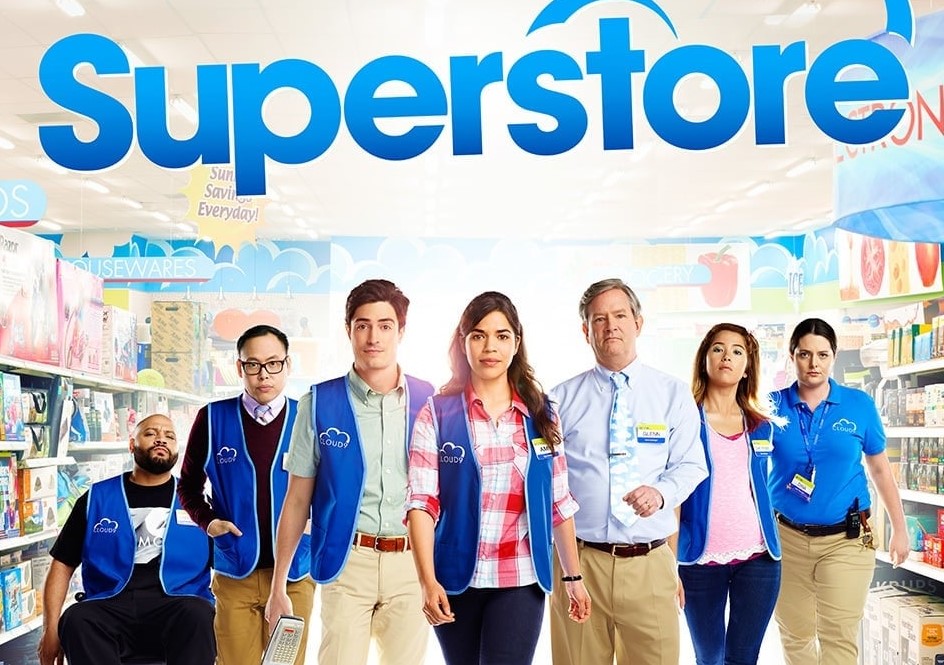 Superstore is the latest sitcom to drop on Netflix and it is the show you didn’t know you were waiting for. This series is set in a big box store and features the antics and oddball situations of a collection of quirky personalities and their inter-connected lives. Superstore is the brainchild of creator/producer Justin Spitzer and stars comedy genius, America Ferrara.

Ferrara leads the cast as Amy, the responsible yet personable floor manager who is often the voice of reason that keeps the staff from going over the edge of chaos. Ben Feldman plays opposite of Ferrara as Jonah, a new recruit who dropped out of college and found his way into the Cloud 9 store in St. Louis.

This duo is just the tip of the comedic iceberg in this series. Lauren Ash as assistant manager Dina Fox is brilliant. She makes every scene she appears in with her intensity and incredibly awkward social interactions. Colton Dunn’s sarcasm and dry wit as store announcer Garret McNell plays well off of Mark McKinney’s eternal optimism as store manager Glenn Sturgis.

In all, this ensemble cast has excellent chemistry and play off of each other’s strengths and subtilties brilliantly. Perhaps this dream team is why so many comedy heavy weights stepped in to the series in guest star appearances. Look out for the likes of Howie Mandel, Jason Ritter, Sean Gunn and Cecily Legler Strong.

The writing throughout the series is top notch. With Justin Spitzer at the helm, the scenarios that unfold at Cloud 9 are funny because they are relatable. While some happenings are a little over the top, the cast plays out each episode with controlled comedic excellence that adds to the hilarity.

Superstore is full of funny and entirely likable. If you are looking for a new series to binge then look no further, this new-to-Netflix series is jam packed with eccentric characters and tons of laughs!