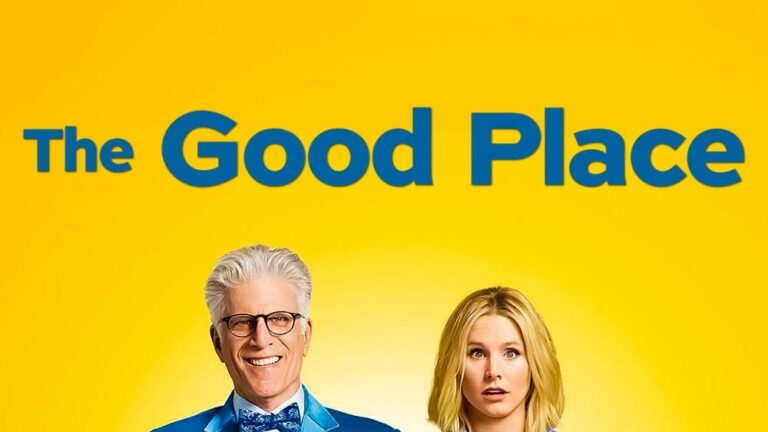 The Good Place aired its series finale over two years ago, but it is a far cry from outdated.

The Good Place is Michael Schur’s fourth major hit show — he also produced The Office, Parks and Recreation, and Brooklyn 99. Like his other projects, The Good Place is funny, sweet, and smart, but I’m biased and consider it to be the best out of the Schur quartet.

On its release, audiences and critics alike found the show delightful. The acting is fantastic, the writing is original, the characters are charming, and the setting is startlingly intriguing. It’s refreshing without feeling like too much, brilliant without being condescending. I’m telling you, there’s nothing not to love!

The basic plot of season one goes like this:

Eleanor Shellstrop (Kristen Bell) is a selfish and calloused woman from Phoenix, Arizona. She finds herself in the afterlife — the titular Good Place — and immediately knows that something is wrong. After all, everyone around her is so good. How can she belong here?

As Eleanor searches for answers, she finds some unlikely friends. The perpetually anxious and upset academic Chidi Anagonye (William Jackson Harper), reluctantly agrees to help her out. The Buddhist monk Jianyiu (Manny Jacinto) may be more than he seems. The beautiful benefactress Tahani Al-Jamil (Jameela Jamil) seems entirely too perfect, but Eleanor reluctantly befriends her.

And in the meantime, Michael the Architect (Ted Danson) is trying to figure out what is going on in his neighbourhood. The not-a-robot-not-a-lady entity Janet (D’Arcy Carden) knows everything there is to know about the universe, and she’s on Michael’s side. How is Eleanor going to keep her stolen place in Paradise?

As the story unfolds, there are laughs and gasps and a huge twist at the end of the first season. (Seriously, that season is worth watching just for the twist. One of the best in the history of television, if I do say so myself.)

A fun story told in a breezy manner, but it imparts some very real wisdom. I watched this show before my first year of university. When I got to Philosophy 101, I already knew most of the content because of The Good Place. It is no mean feat to make content that is both entertaining and educational (without feeling educational). Somehow, The Good Place manages to do that without you even realizing that it’s happening.

Michael Schur clearly has a preoccupation with morality and what it means to be a good person. He even wrote a book about it. It is delightful to explore these big questions through flawed, funny, fascinating, and thoroughly loveable characters. They make mistakes, they learn lessons, and they care about each other fiercely and beautifully.

Maybe that’s the key to being a good person, or maybe there’s some other answer that we haven’t uncovered yet. Either way, The Good Place is a fun frolic with some deep thoughts. If you haven’t seen it yet, I’d highly recommend it.