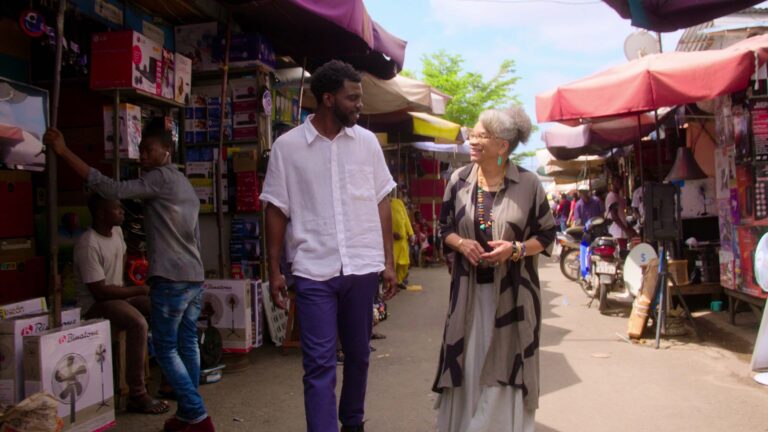 What is Stephen Satterfield Cooking Up Now?

Food, activism, education and love. These seem to be at the heart of Chef Stephen Satterfield’s life’s calling. Whether he is behind a cutting board or behind a microphone he is always cooking up something for us to chew on and savour.

Stephen’s own words, from Realfoodrealstories.org sum up his passions best, “I think my work is a lot about building empathy. Because I try to connect people and ideas through food. I make media about food, not just because I love food, but because it’s a universal language that we don’t otherwise have access to. There are no other universal languages except for food.”

Chef Stephen has built his career by not only cooking food but discussing it and researching it. He is a known food historian who enjoys getting down to the roots of our favourite foods. It’s not just about consuming good food, for Stephen, its about savouring the experience of how food connects us to each other, through time and across miles.

“I want to think about food holistically, in a way that connects me to the experience of being a human being. Looking at food origins helps me understand the world.” Chef Stephen writes for Great Jones.

Stephen got his start, after culinary school, managing a restaurant. While he was getting his feet wet in the industry, he began to explore food and his connection to it through media. He started a network of foodies and bloggers in the San Fransisco area that eventually developed into a magazine called Whetstone tha celebrates food and the connection it brings.

Around this time he also launched a podcast and dabbled in freelance writing for several major food publications. This publicity helped to get his nonprofit, International Society for Africans in Wine, off the ground, too. It would seem that a man who has had this level of success already could take a minute to breathe but I don’t think that’s part of who Stephen Satterfield is.

Next on Satterfield’s agenda is the hosting gig on a new Netflix series that explores African influence on American cuisine. High on the Hog is based on the book of the same name by Dr. Jessica Harris, who has been a significant influence on Satterfield and his connection to the anthropology of food.

His hosting duties took him on an epic food adventure, not far from his own front door and brought him to many moments of discovery that turned his idea of food, Black influence on cuisine and Black history in America on its side. When asked about this by uproxx.com Stephen said, “Growing up in Atlanta, I think the way in which I understood Black culture or actually African-American culture, was really limited. It was humbling for me to see this completely new expression of a beautifully preserved iteration of Black history and culture that I had only read about.”

Be sure to check out High on the Hog – streaming now on Netflix.