How to watch Please Stand By (2018) on Netflix Russia! 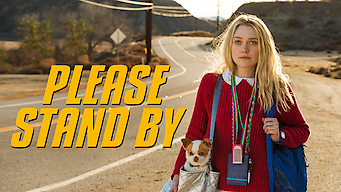 Please Stand By is not available in Russia BUT it can be unlocked and viewed!

A young woman with autism flees her care home for Hollywood, where she intends to deliver her epic “Star Trek” movie script in person. She’s on her own out there. But as Spock might say, “There is only one logical direction in which to go: forward.”

Watch "Please Stand By" on Netflix in Russia

There is a way to watch Please Stand By in Russia, even though it isn't currently available on Netflix locally. What you need is a system that lets you change your Netflix country. With a few simple steps you can be watching Please Stand By and thousands of other titles!

The Way Way Back

A Long Way Down