Yes, Tiger: Spy in the Jungle: Series 1 is now available on American Netflix. It arrived for online streaming on October 3, 2017. 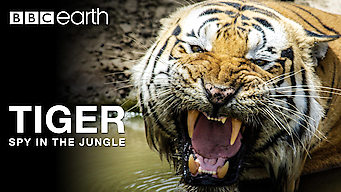 Using hidden cameras carried by elephants, this series follows four tigers growing up in the jungles of India, from young cubs to adult hunters. If you want to document tigers in the wild for two years, you might want to get cameramen who will work for peanuts.

Tiger: Spy in the Jungle: Series 1

Season 1 of Tiger: Spy in the Jungle has 3 episodes. Because different Netflix countries have different availability for episodes, you'll need to check the episode listing below to see which are available in the USA. In the jungles of India, elephant-mounted cameras document the lives of four tiger cubs that are just ten days old as this first chapter begins. 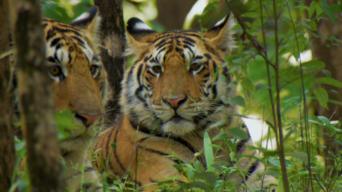 This episode finds the four tiger cubs half grown and under the watchful eye of their mother, practicing the survival skills they'll need as adults. The third and final chapter catches up with the tiger cubs at a year and a half old, well on their way to becoming successful jungle predators.

Lions: Spy in the Den

Tiger: Spy in the Jungle

The Blue Planet: A Natural History of the Oceans

The Making of Frozen Planet