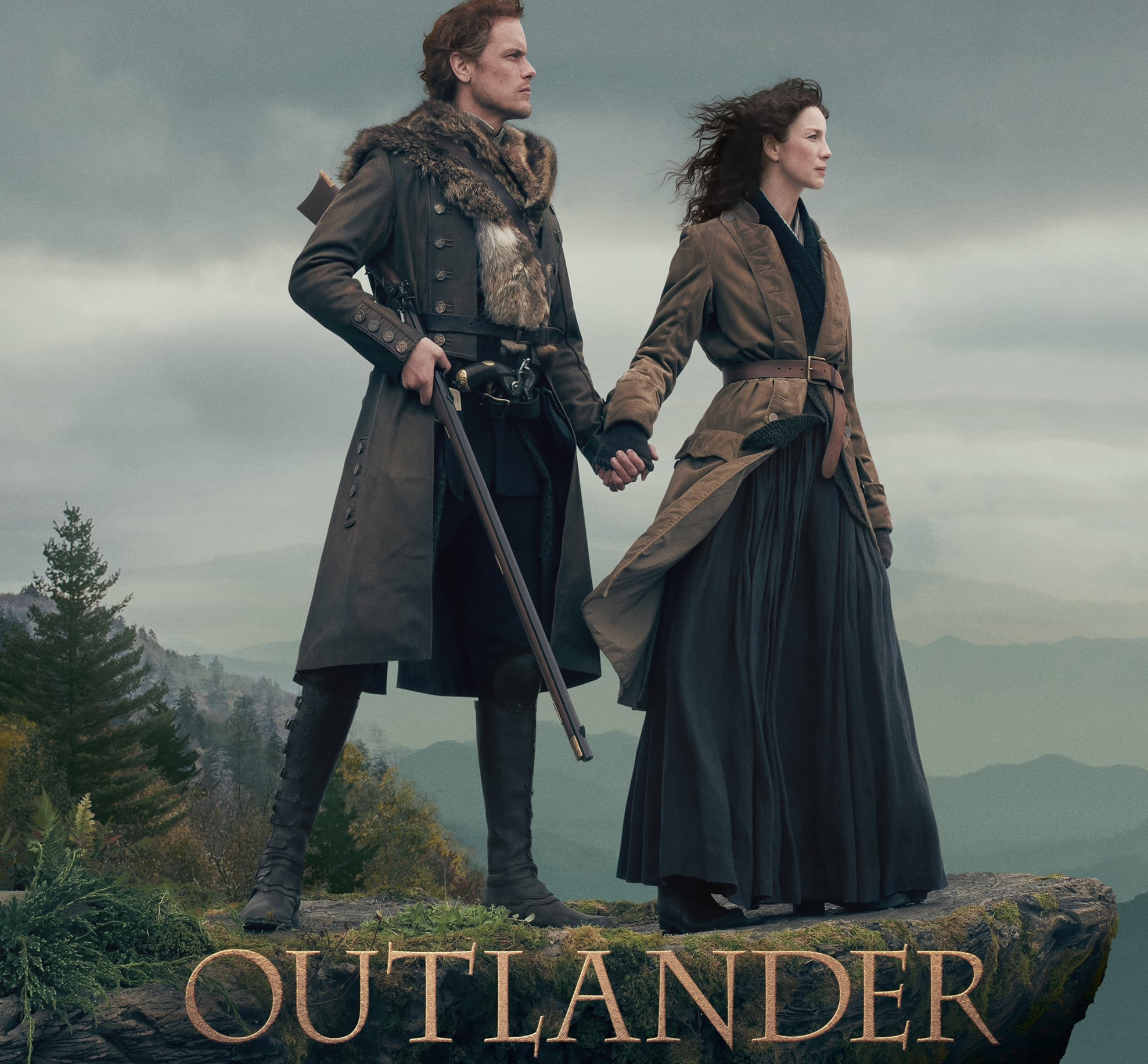 Netflix Subscribers, the Doughtlander is over!

Season five of the ever-popular Outlander has dropped – and just in time! After four seasons of intrigue, romance, time travel and revenge that spanned four countries, two wars and two hundred years, Claire and Jamie and set to face the fight of their lives. This time, it’s not just their own lives that are at stake but the lives of the children and grandchildren, too.

The season opens with Claire and Jamie preparing to celebrate the marriage of their daughter, Brianna, to Roger at their home on Fraser’s Ridge. In the midst of the celebration, there are political maneuvers afoot as Governor Tryon presses Jamie to form a militia to capture the leader of the rebellious Regulators, Jamie’s godfather, Murtagh Fitzgibbons. While Jamie agrees to lead a military force, when the time comes, he hopes to be able to shield his family from the worst of the upcoming and inevitable Civil War.

The war is not the only inevitable clash the Frasers encounter this season. Stephen Bonnet, the villainous sea captain that raped Brianna and escaped a hanging, returns and Brianna is determined to rid her family of him once and for all but he is crafty and connected, so Brianna is forced to be as devious and single-minded as her foe. Bonnet is not the only villain the Frasers tangle with though as The Ridge is threatened with unrest.

Jamie’s best laid plans come to heartache and loss as other forces work against him, causing him to test his honour and loyalty. Jamie also struggles as his past decisions come back to haunt him as he tries to protect his family and his land from dangers within and without.

Like the four seasons previous, Season 5 is chock full of adventure, danger and heart-stopping sacrifice. Fans of the book will notice some of the obvious departures the series takes from the original plot but, in all, this season stays true to the essence of the characters and the plot laid out in seasons 1-4.

Sam Heughan and Catriona Balfe bring their characters into this new conflict with the same grit and earnestness they have portrayed all along and Sophie Skelton (Brianna), Richard Rankin (Roger) and John Bell (Young Ian) all have stepped up their game this season as their characters face new challenges and new dangers.

Outlander, Season 5 is everything fans have come to expect from this series. It does not disappoint, and, in fact, it holds a few truly delightful surprises. Get ready to binge on this long awaited treat, Outlander fans.