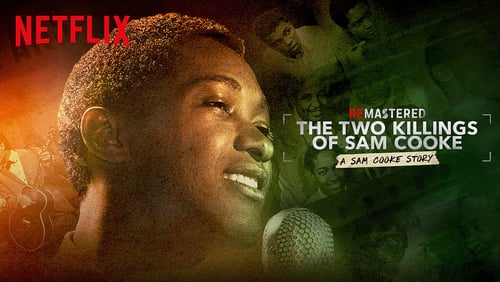 Sam Cooke was so much more than a crooner. He was an entrepreneur, a visionary and an activist. Known for his crowd-pleasing ballads, Sam Cooke used his mainstream popularity to make connections and elevate the voices in his community. The former earned him global accolades; the latter may have contributed to his unexpected death in 1964.

Remastered: The Two Killings of Sam Cooke is a documentary that tells the story of Sam Cooke’s rise to commercial success in the 1960s and his natural activism and resistance against segregation and racist policies in the United States during the Jim Crow era. The title of the documentary reflects the belief that Sam Cooke was not only murdered physically but his life as an activist and leader was also brutally taken from his community.

Cooke was born in Mississippi but raised in Chicago from a young age. His father was a minister and as the son of an enslaved woman, he dreamed of a life of freedom and safety for his family. Cooke was raised singing in the church and for his community. He was a contemporary of Aretha Franklin, Dionne Warwick, Marvin Gaye and Smoky Robinson and quickly gained commercial success among white audiences as well.

As his popularity rose, he began to tour throughout the United States and it was on these tours where he first experienced segregation laws first hand. He resisted the idea that a black man could perform for white people but if black people wanted to attend the same performance they had to stand at the back or sit in a balcony. He led boycotts and began having an open conversation about inequality and racism. It was around this time that he met Mohammed Ali and formed a close friendship with the prize fighter.

Cooke’s friendship with Ali led to meetings with other Black civil rights leaders, like Malcom X. It was these meetings that caught the attention of government officials and Klan leaders alike. While his popularity and influence continued to grow, Cooke realised that his autonomy as an artist and his ability to help other artists succeed was tied to how the business side of his career was managed. He founded a record label and a publishing company which elevated his influence and power within the industry.

Remastered: The Two Killings of Sam Cooke examines Cooke’s life, popularity and business as well as the circumstances that lead to his death. A quick glance at his death tells the story of a popular musician being shot in a seedy Los Angeles motel but a more in depth look reveals a complicate, multi-layered situation that has never felt like the whole, true story to those who knew Cooke best.