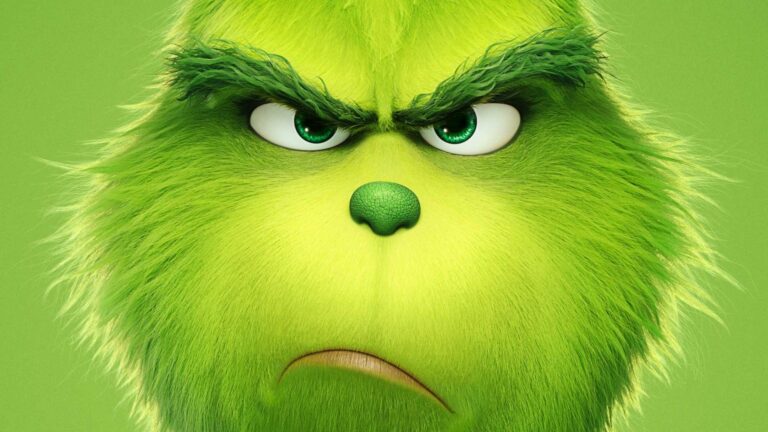 From the people who brought us The Lorax and Despicable Me comes an all-new adaptation of Dr. Suess’ Christmas Classic How the Grinch Stole Christmas. Like its predecessors before, this film is full of humour, touching moments and captivating animation. All of that and a wonderful soundtrack, to boot!

In this rendition, young Cindy Lou Who is worried about her overworked mother as Christmas approaches. A chance encounter with a hungry Grinch, the cranky creature who lives atop Mount Crumpet, leaves Cindy Lou determined to talk with Santa Claus, face-to-face, about her mother. When she realizes that a trip to the North Pole is out of the question, she devices a plan with her friends to capture Santa.

But instead, of Santa, she catches the Grinch in disguise.

Despite being touched by the girl’s concern for her mother, the Grinch moves forward with his plan to ruin Christmas for the Whos. It is only after he steals Christmas, and sees that love and kindness still abounds in Whoville, that the Grinch allows his ice-cold heart to melt.

While this adaptation follows the theme of the original story, the animation and songs make it less intense than earlier films on the same subject and therefore more suitable for younger children. Don’t let this friendlier looking Grinch fool you though, he is still the same old grouch with goofy insults and prickly demeanour. Adults will love this adaptation, too, for its humour and creativity.

This is the third adaptation of Dr. Suess’ story and final Suess adaptation to be made while his widow, Audrey Geisel, was still alive. She is credited as an executive producer on the film. Danny Elfman created the original score and collaborated with Tyler, the Creator on several original songs for the soundtrack. There were also several heavy hitters lined up as voice actors for this flick.

Benedict Cumberbatch gives his Americanized voice to the Grinch while Pharrell Williams acts as Narrator. Angela Landsbury, Rashida Jones and Cameron Seeley all lends their talents to the cast as well. The Pentatonix also make a vocal appearance in this adaptation as the Who Carolers.

All in all, this is a delightful reimagining of the 1957 Dr. Suess book, How the Grinch Stole Christmas. Its full of sweetness, heart warming moments and laugh-out-loud gags. It’s creative and done with excellence and makes for a wonderful family movie night watch … with kids of all ages!