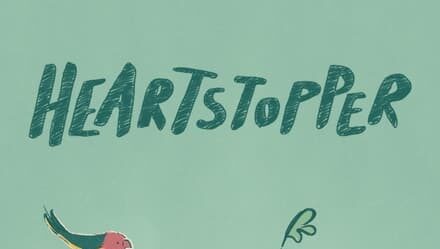 Heartstopper, a Netflix original series, might be the cutest thing I’ve ever seen in my life. I know that sounds exaggerated, but I’m not kidding. This is an adorable show.

Originally a webtoon by Alice Oseman, the characters and plot quickly captured the hearts of millions. The story grew into a graphic novel series, which you could own physically, before morphing into the Netflix series that I’m gushing about today. While I haven’t read any of the Heartstopper material, I am confident that the success of the series is due to the endearing characters. All of them are so sweet but so real, and you can’t help but want them to win.

Also, none of the main characters are mean to one another (not on purpose, anyway). Plus they’re beautifully and wonderfully diverse. And they’re all English.

I’m just saying, I think Heartstopper is special. But I’m getting ahead of myself.

Charlie Spring, a year 10 at Truham Grammar School, is gay. He’s out, technically, but that didn’t really happen on purpose. Bullying is a problem for poor Charlie, but he does his best to stay cheerful. His friends — Tao, Elle, and Isaac — help with that. When school resumes after Christmas break, Charlie is shocked to find himself assigned a seat next to Nick Nelson. Nick is cute and popular and plays rugby — he and Charlie probably wouldn’t have even looked at each other if they hadn’t been assigned their adjoining seats.

Fortunately for them (and us), they quickly strike up a friendship, which changes them both. Charlie joins the rugby team. Nick stands up to his friends when they are homophobic. Charlie starts crushing hard on Nick. Nick starts questioning his sexuality.

Though they both have difficulty with their emotions, Nick and Charlie help each other navigate the difficulties of being a teenager and being in love. They are honest and affectionate and kind and messy. It’s a lot, and it’s beautiful.

Nick’s obvious and wholehearted concern for Charlie’s well-being warmed my heart. So many romantic storylines rely on miscommunication or emotional hurt. Not Heartstopper.

Although there are certainly some angsty moments — not to mention Charlie’s months of pining — neither boy ever tells the other a lie. Nick is honest about his feelings. So is Charlie. Charlie doesn’t ask Nick to spend more time with him in public. Nick makes sure that Charlie knows he deserves better than being kept a secret.

Everyone is emotionally healthy and it’s pretty crazy.

When the media landscape is full of drama, death, and darkness, it is beyond refreshing to watch a fun and sweet show about two boys in love. Heartstopper is a reminder that there is more to life than grand gestures and difficult decisions. There are real and funny and caring people standing next to us on the bus. Or behind us in line at the grocery store. Or sitting next to us in class.

Saying “hi,” saving a seat, buying someone a milkshake just because — these are the things Heartstopper wants us to prioritize. And it is beautiful.