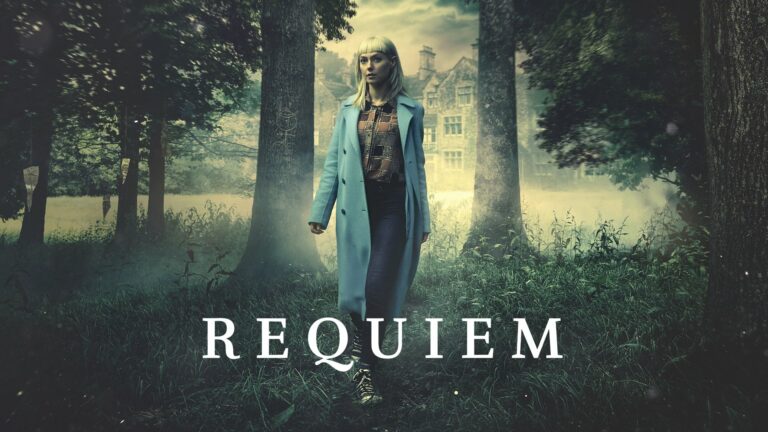 A missing child. A grieving mother. A strange suicide. And an underlying, unexplainable, spiritual tension. Requiem is the story of a missing child, hidden truths and all of the forces at work behind the scenes.

When an up and coming cellist, Mathilda Gray (Lydia Wilson), witnesses her mother’s strange and unexpected suicide her whole life story begins to unravel. Days after her mother’s death, Tillie discovers a box of newspaper clippings and old photographs that document a missing child case from decades earlier. In grief and confusion, Tillie and her friend, Hal (Joel Fry), head to a small Welsh town to try to understand Tillie’s mother’s fascination and connection with that case.

The pair soon discover their questions, and very presence, were not welcome in Penllynith. The locals were suspicious of them from the start and remained tight-lipped whenever they were around. Another newcomer to town, Nick (James Frecheville), invited them to stay at his newly-inherited mansion while they search for the answers.

While staying in the mansion that was central to the missing case of five-year-old Carys, Tillie begins to have episodes of sleepwalking and blackouts. She experienced flashes of memory while being overwhelmed by a sense of knowing the house and the grounds. She felt as though she had been there before but had no active memory of it.

As Tillie and Hal work away at uncovering the connection between Tillie’s mother and Carys, a parallel mystery unfolds as legend and conjecture collide in an avalanche of confusing symbols, stories and eye-witness accounts of super-natural beings. Just when it seems Tillie will finally get a break through and discover the truth about herself and her mother, everything gets turned sideways and more questions emerge.

Over six episodes, Requiem, weaves a convoluted tale that is part ghost story and part crime-thriller. Because it is a paranormal thriller, the boundaries of storytelling and believability are wide and the writing team of Kris Mrksa and Blake Ayshford takes advantage of every square inch. Director Mahalia Belo adds to the suspense and terror with quick camera cuts and terrifying sound effects. The overall vibe is sinister and unsettling.

While Requiem might not be for everyone, especially horror light-weights like myself, the story is interesting and Lydia Wilson gives a brilliant performance. She delivers a subtle and haunting performance without being over-the-top or falling in to a cliché performance.

Requiem is currently available of Netflix. Be sure to make time to binge this flick soon.