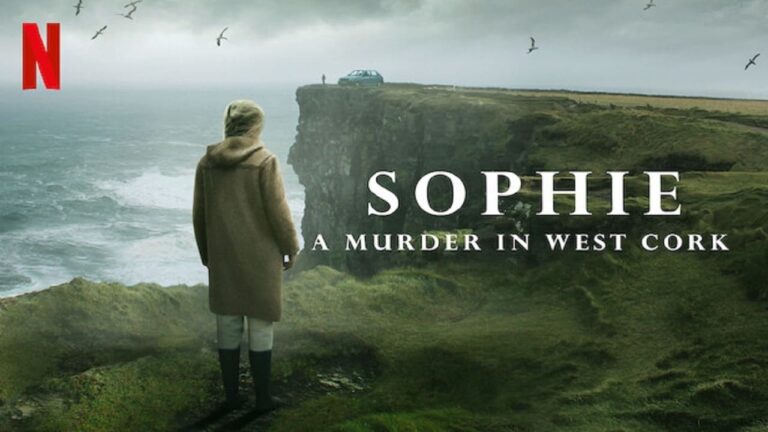 A beautiful, young French woman vacationing alone in a remote town in West Cork, Ireland seems idyllic but the reality has been a nightmare that has stretched on for more than 20 years. This is the story of Sophie: A Murder in West Cork.

On December 23, 1996 Sophie Toscan de Plantier set out to enjoy her day in Schull, West Cork. She was on holiday. Her day was spent hiking, visiting shops in town and talking with a few locals she had befriended over her years of returning to the same remote, bohemian town in south Ireland. As night was falling, she returned to her cottage.

The next morning her body, clothed in a nightdress and rubber boots, battered, bloody and tangled in bramble in her laneway. Because of the remote location, it took investigators nearly 28 hours to arrive and begin collecting evidence. By then the scene had been contaminated and disturbed beyond usefulness.

The media arrived hours before investigators and had begun their research and suppositions long before forensics had been collected. Local journalists served as guides and resources for national journalists that arrived to collect the story. One such local journalist embedded himself with as many ‘big-time’ reporters as he could. In doing so, Ian Bailey, painted himself into a corner that ended up having a huge, unrelenting spotlight on it.

Sophie: A Murder in West Cork, as a docuseries, builds the story of Sophie and the legend of her murder by collecting first-hand accounts from locals and testimony from her family. It also features seemingly endless hours of film with the main suspect in Sophie’s murder, none other than local poet and journalist, Ian Bailey.

For more than 20 years, and through two arrests, the investigation has focused on one local man. But each time authorities feel like they have gathered enough evidence to prosecute, Bailey is released and the investigation begins again. Despite witness testimony, and his own admissions, Bailey has yet to be brought to trial in Ireland.

Sophie: A Murder in West Cork is an interesting and compelling watch. Viewers get drawn into the mystery and the legend, the gossip and the suspicion, the injustice and the heartache of this murder. Framed against the backdrop of a remote and wild landscape, filled with interesting and bohemian characters, this story begs to be heard. Though this murder of a young mother that has never been solved, her people remember her and continue to seek justice for their Sophie.