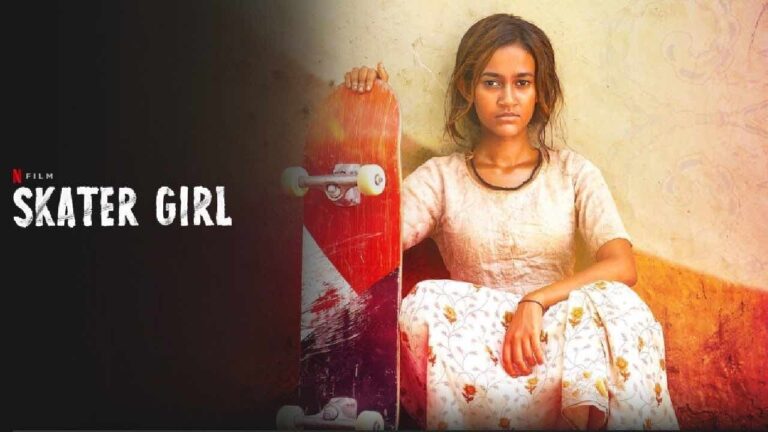 Dusty roads, poverty and crushing societal expectations threaten to overwhelm Prerna, a regular teen girl in rural India, when her salvation rolls into town in the most unexpected way. Skater Girl is the story of every girl who dreams of a life beyond what is known.

When Jessica, a western born executive, arrives in a rural village to discover more about her family connections, she meets Prerna, a young girl about to step into young adulthood though she is missing out on many rights of passage of childhood. Prerna is behind at school and frustrated by her current circumstances. Because of her family’s poverty and society’s view on women she feels stuck and restless. Jessica notices and sees something of herself in the young girl she befriends.

While getting to know the village children, Jessica is inundated with their collection of wheeled toys, including Prerna’s little brother’s ‘bearings car’ which looks a lot like a skateboard. Jessica posts a video of the little guy’s homemade toy and before she knows what’s happening her friend Eric rolls into the village – on his skateboard.

The kids are delighted by the board and quickly become obsessed with the idea of learning to ride themselves. Jessica taps into a few resources and soon a shipment of boards arrives in the small village. As the kids learn to ride chaos erupts all around town – causing many parents and town elders to frown upon this new pastime.

Despite objections from the community, Jessica embarks on an uphill battle to build the village children a skate park of their own. She taps into her creativity and determinations to muscle through the resistance without realizing her young friend, Prerna, is watching and working out a few dreams of her own.

Like the other village children, Prerna quickly became enthralled with the skateboard. She practiced relentlessly and soon found skill and confidence she never knew she had. The board, though, becomes more than a hobby for Prerna, it becomes a vehicle for self-discovery. And in this self-discovery she feels forced to choose between tradition and opportunity.

This is a beautiful film, dreamed up by sisters Manjari and Vanati Makijany. Though not based on any one person’s story, the Makijanys found inspiration in a collection of stories they heard about young girls in India becoming masters of the board. They took that inspiration, and their love for India, and wove this heart-warming tale as a tribute to the daughters of India and the dreams they carry with them.

Rachel Sanchita Gupta is stunning in her role as Prerna. She is strong and vulnerable and curious all in the same breath. her chemistry with Amrit Maghera (Jessica) is beautiful. Their bond feels deep and genuine and fills the whole screen each scene.

This is an uplifting and gorgeous story about women and heart and dreams. It is comfort food for the soul that nourishes and inspires. Don’t miss Skater Girl now on Netflix.