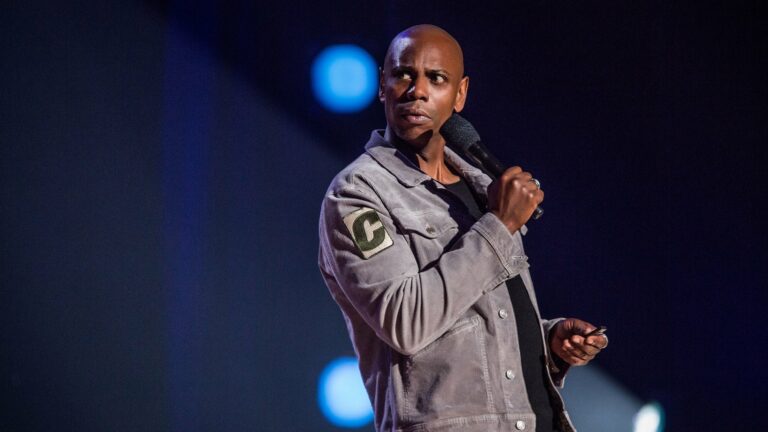 On October 5, 2021, Netflix dropped the last in a series of specials from comic, Dave Chappelle. The Closer was meant to end the multi-million-dollar-multi-year deal the comic had with the streaming service but instead of finishing things off, this special has opened a whole can of worms for Dave Chappelle and for Netflix.

While Chappelle has a long history of stirring the pot with his politically gray humor, this time he has landed in hot water. When Chapelle’s first specials dropped in 2017, there was a bit of a stir regarding his use of anti-trans slurs but, overall, most chalked it up to Dave being Dave.

Chappelle’s subsequent specials over the following years provided more of the same type of humor with little comment or backlash. In 2019, Chapelle released Sticks and Stones where the aim of his punchlines were a little harder and a little more pointed. This time he aimed at alleged victims of sexual violence and the #metoo movement. When pushback came, trans comic Daphne Dorman jumped to his defense on Twitter.

Fast forward to October 5. The Closer drops and the reviews were mixed, to the extreme. Chappelle humor found its spot with his usual audience while critics panned his performance as being sour and manufacturing a false panic as he spoke broadly of cancel culture and freedom of speech.

The day after the show dropped, Tara Field, a Netflix employee publicly condemns the streaming service for releasing the anti-trans special. Following field’s statement a transgender showrunner resigned from Dear White People in protest of Netflix’s support of Chappelle.

By October 11, Netflix suspended three employees, citing a breach of company protocol. The company later walks back its suspension of Field but the damage was done. By October 12 employees had organized a walk-out for all trans employees to occur the following week. In the midst of all of this Netflix’s CEO issues a statement in support of Chappelle.

On October 13, a trans employee was fired for leaking viewership numbers for Chappelle’s special. Coincidently, perhaps, this is the same employee who was at the helm of the impending trans walk-out. The firing of this employee did not put off the walk out, it carried on, as scheduled, on October 20.

The trans employees’ protest outside Netflix’s LA offices on the 20th was met with a counter protest of Chappelle supporters. While there was somewhat of a scuffle during the protests, both parties dispersed without injury or arrest.

The icing on this chaotic cake is a statement Chappelle released on October 25. He contradicts reports that he refused to meet with trans employees and spends quite a bit of time bemoaning cancel culture. He does, in the end, agree to meet with members of the trans community but the words were no sooner out of his mouth before he made a list of ridiculous and offense demands for said meeting.

Suffice it to say, Dave Chappelle will continue to cash in on controversy but only time will tell if Netflix will be signing the cheques.