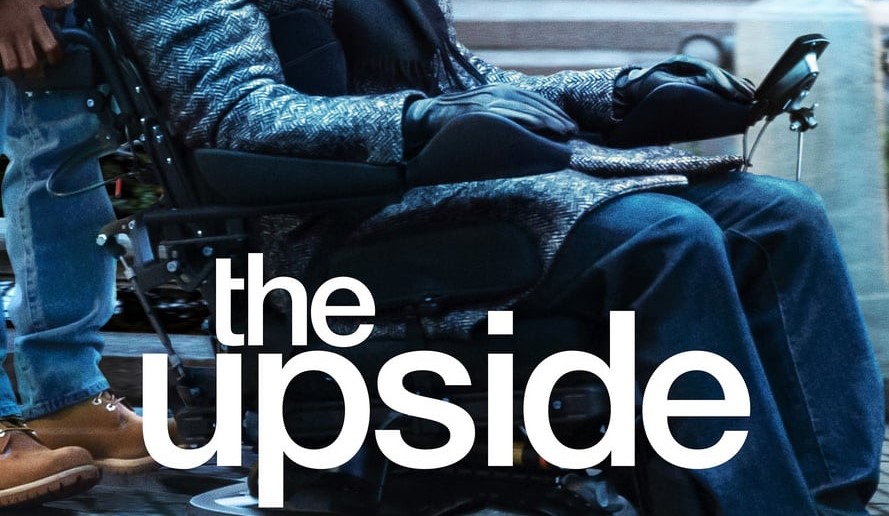 What happens when two men, from vastly different worlds, become dependent on each other to learn how to live again? Magic, magic happens, especially of Bryan Cranston and Kevin Hart are at the center of the story.

The Upside is a retelling of the true story of the unlikely friendship that formed between Phillippe Pozzo di Borgo, a quadriplegic billionaire and Abdel Sallou, a former convict trying to get back on his feet when broken-hearted di Borgo hired Sallou as his caregiver. What began as an act of defiance turns into a friendship of mutual belief in the impossible for the other.

The story unfolds that following the death of his terminally ill wife, Phillipe struggles to find a consistent caregiver. His secretary (Nicole Kidman) oversees the interviews of a new candidate and immediately vetos Dell Scott (renamed from the original Abdel Sallou) application. Dell, for his part, less interested in the job and more interested in getting his parole officer off his back. That is until he learns of the perks of the job.

As a caregiver, Dell is given a place to live, cars to drive and the responsibility to keep Philippe healthy, fed and active in his role as business developer and philanthropist. As the two adapt to life together there are hilarious moments of friendship and challenging moments of growth. And in it all, there is an underlying tension of grief, remorse and hope.

Bryan Cranston and Kevin Hart, individually bring depth, humour and authenticity to their roles and together they create beautiful chemistry that lingers with the viewer long after the credits role. Nicole Kidman brings a subtle kindness to her role as the loyal and lovelorn secretary, Yvonne Pendleton.

This is the third telling of this story, the original film was a French production that followed the true story of di Borgo and Salllou. The second production came out of Argentina. Both films were wildly popular in their countries of origin and that inspired producers Todd Black, Jason Blumenthal and Steve Tisch to get involved.

Following a hiccup in distribution, thanks to Harvey Weinstein’s long-awaited arrest, the film was released in 2019 to critical and commercial success. There were some cynical naysayers that thought the film was too sweet and tidy but, in my opinion, it has just the right amount of hope and optimism to offset the weary year we have all experienced.

Grab your favourite snack and your favourite person and settle in to a movie night that will lift your spirits and tug at your heartstrings – in all the best ways. The Upside does not disappoint.