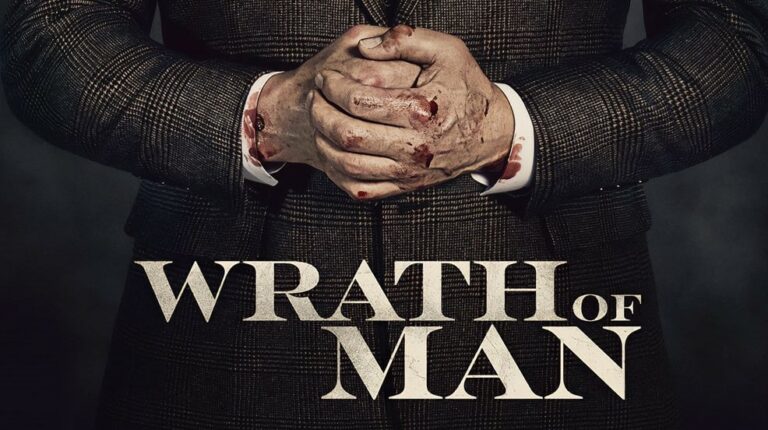 Guy Ritchie is back at it. With one of his favourite collaborators, Jason Statham, Ritchie offers us another action packed flick that is full of his signature quick cuts, intricate plot and eye-popping sequences. This is Wrath of Man.

Patrick Hill (Jason Statham) is new on the job for an armored truck service. After barely passing the qualifications testing, Patrick is shown the ropes by veteran guard Bullet (Holt McCallany) who becomes his partner. The company had been a recent target of hijackers and many of the guards were still reeling from the loss of a fellow guard during that robbery. Patrick remains lowkey as he finds his footing on his early runs but before long another hijack is attempted and everyone realizes Patrick has a hidden set of skills that make him perfect for this job.

It is revealed, in a series of flashbacks, that Patrick’s son was murdered in a job gone bad. Patrick had been working recon for a hit on an armored truck when a rival gang ambushed him and his young son., leaving Patrick critically injured and his son dead. Patrick lost everything after that day except his drive for revenge.

After penning and directing eleven movies, Guy Ritchie has figured a few things out. He has perfected high adrenaline action sequences and aptly pairs them with quippy dialogue and intriguing exposition. He has also realized that Jason Statham is a name to draw a crowd.

This is Statham’s fourth movie with Ritchie, his fifth collaboration is due out next year. The two got their start together in Ritchie’s Lock, Stock and Two Smoking Barrels where Statham, though part of an ensemble cast, stood out for his tough guy persona and unforgettable charisma onscreen. Ritchie must have recognized the magic immediately because he added Statham to the cast of his next two films.

For twenty-five years these two, Ritchie and Statham, have formed a lasting friendship and a winning Hollywood collaboration. With four films under their belts and a fifth on deck the future is nothing but bright for them … and for we who get to benefit from their partnership. Be sure to watch their latest offering, Wrath of Man, on Netflix now.