Yes, Chaos is now available on Danish Netflix. It arrived for online streaming on November 1, 2020. 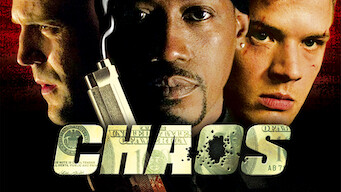 When a gang of bank robbers takes dozens of hostages during a heist, a suspended Seattle cop is brought back to the police force to negotiate. A green rookie. A grizzled vet. In the path of an outlaw bent on anarchy, they'll unleash an unusual form of justice.