How to watch Deep Water: Season 1 (2016) on Netflix Netherlands!

We'll keep checking Netflix Netherlands for Deep Water: Season 1, and this page will be updated with any changes. Back in Bondi Beach, where she grew up, DC Tori Lustigman investigates a gay man's murder and finds a link to her brother's death decades earlier.

Season 1 of Deep Water has 4 episodes. Because different Netflix countries have different availability for episodes, you'll need to check the episode listing below to see which are available in the Netherlands. The murder of a gay man in his Bondi Beach apartment casts suspicion on his ex, until Tori uncovers a cluster of similar killings from 26 years ago. The discovery of a second body leads Tori and Nick to a local celebrity rugby player, who ran with the Pointers gang as a kid. Tori learns the true circumstances of her brother's death. Oscar spots a suspicious Thrustr profile and arranges a date, hoping to trap the killer. Tori investigates an unidentified boy in an old photo of the Pointers gang and figures out who Real Man is -- and who his next target is.

Orange Is the New Black 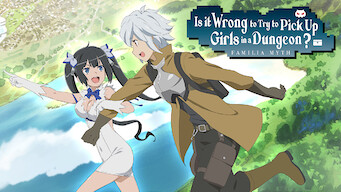