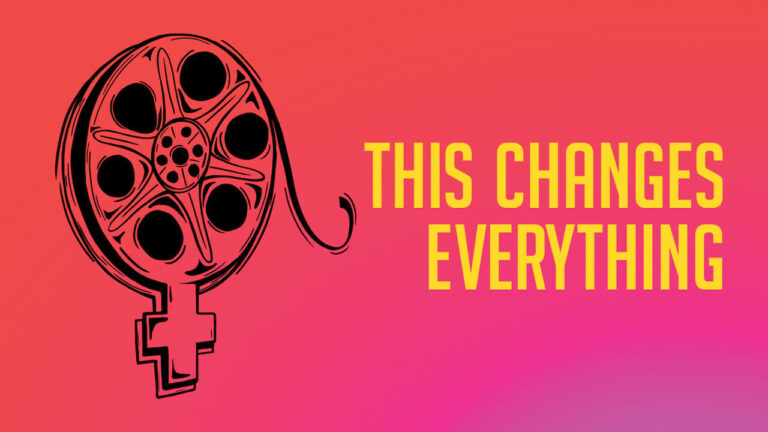 In 2004, after watching children’s television shows with her children, actor Geena Davis noticed a disparity in representation onscreen between women and men. It was something she anecdotally knew of and something she had experienced in her own career but it wasn’t until she began seeing the world through the eyes of her children that she really took note of how damaging the lack of representation can be.

It was then that she founded the Geena Davis Institute on Gender in the Media to study and advocate for equal and fair representation in the media. This documentary, This Changes Everything, opens a broader conversation about the experience that women and minorities have in the film industry. Over 97 minutes, some Hollywood heavy-hitters share their experience in the industry and their passion for change.

Stars like Sandra Oh, Shandra Rimes, Meryl Streep, Reese Witherspoon and Geena Davis share their perspectives and experiences as they lay out the history of women in cinema. Matriarchs of the movement for change such as Maria Giese and Lina Wertmuller talk with passion and conviction about the long road they have walked to usher in equality and opportunities for women’s voices to flourish.

This Changes Everything debuted at the Toronto Film festival where it became first runner up in the people’s choice category. Directed by Tom Donahue, this film went on to win awards at other film festivals and drew attention to Geena Davis’ institution and her work on behalf of women in the industry. She went on to be recognized with a humanitarian award for her work.

Real change has begun because of this film and Davis’ work. Journalists and activists have picked up the story and applied pressure to network and studio heads to change their hiring practices. Litigation against said corporations have also begun as the fight for equality has gained traction. But considering this has been going on for a century, change has been slow in coming.

This Changes Everything is an important film, not only for those in show business, but for anyone who has hiring authority, anyone who tells stories or who teaches children. Awareness of the importance of representation is vital. And intentional change based on this awareness is imperative.