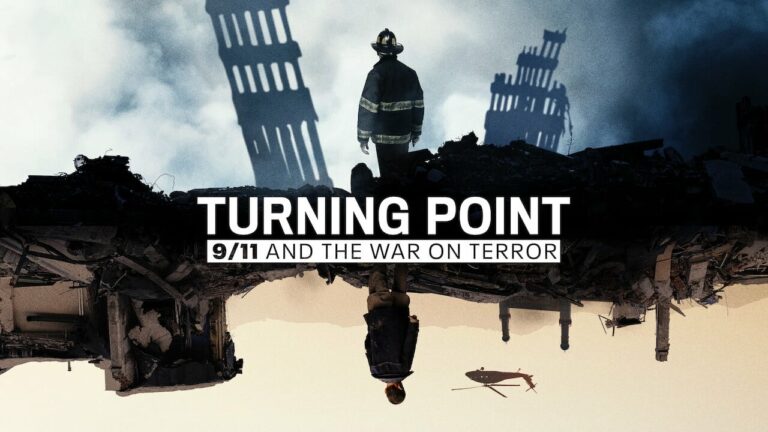 Twenty years after the terror attack on September 11 that shook, not only the United States, but the world a new documentary has been released. Turning Point: 9/11 and the War on Terror does not rehash the same familiar footage to illicit emotion. This new series ties together all of the contributing factors that led up to that attack and the fallout that has lasted two decades after the dust settled.

From director Brian Knappenberger, Turning Point: 9/11 and the War on Terror takes a comprehensive look at all aspects of the terror attacks and the force behind the the war in Afghanistan that became the longest war in U.S. history. Over five episodes, with the help of news footage, interviews from experts and witnesses and the benefit of hindsight, the series builds an impressive timeline of events and decisions that have propelled the ongoing fallout.

The first episode recounts the chaos of the early days of the attacks and weaves the story backwards to lay out how the seeds of this act of terror were sown decades earlier. The following episodes outline the decisions that brought the U.S. to declare war on Afghanistan and Iraq and how the focus of the war shifted quickly early on. The series wraps by highlighting the constant chaos that a war without purposeful strategy introduces to a region that has a legacy of instability.

Two decades later, the series does an excellent job of outlining the ongoing problems the War on Terror has introduced to the region. It brilliantly connects the dots between a halfcocked approach to a hand-me-down military engagement and the current rise in dedication to the Taliban and extremist beliefs in the area.

Turning Point: 9/11 and the War on Terror pulls no punches no matter what topic is being broached. Experts across party lines speak from years of career experience and first-hand knowledge of events and decisions that have been made over the past twenty years. Together they piece together a chilling story of questionable motives and irresponsible actions that have led to a more precarious situation in the Middle East than we have seen in half a century.

The narrative is tight and compelling and the research conducted for this series is impeccable. It is jam packed with information while still being deeply interesting and captivating. Turning Point: 9/11 and the War on Terror is more than a binge-worthy watch, it is a story that needs to be heard and a warning that needs to be heeded.