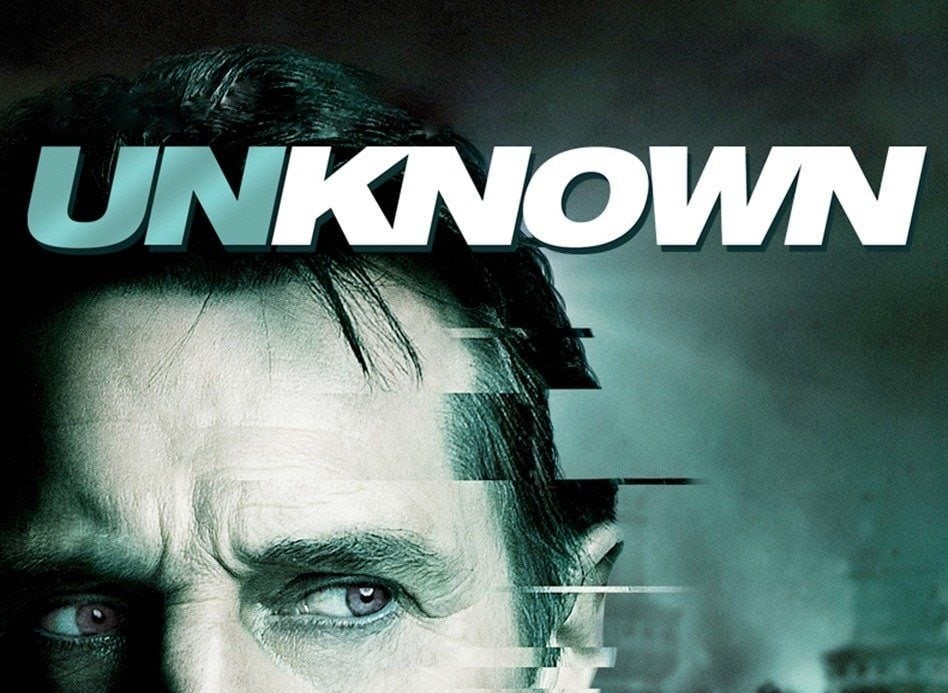 While in Berlin for a biotechnology conference with his wife, Dr. Martin Harris (Liam Neeson), suffers a terrible car accident that leaves him in a coma for four days. When he wakes, he discovers that no one has come looking for him. Not even his wife, Liz (January Jones). So he goes looking for her.

Martin finds Liz at the hotel but she doesn’t recognize him. Worse than that, there is another man with her who claims to be Dr. Martin Harris (Aidan Quinn). The new Martin has the ID and the backing of his wife to prove he is Martin Harris while the first Martin has nothing, no ID, no wife, no name.

With the help of a sympathetic cab driver, Gina (Diane Kruger), the original Martin begins to track down the pieces of the puzzle, beginning with his missing briefcase which holds his ID. It doesn’t take long before very determined hitman begin tracking Martin and Gina. What ensues is a frantic race to solve the mystery of why no one knows Martin and who is behind the attempt to erase him.

Based on the French novel Out of My Head by Didier van Cauwelaert, Unknown was produced by Joel Silver and was released in 2011 to a truly decent box office showing. Critics praised it for being well-paced and suspenseful and gave particular notice to the performances of Diane Kruger and Aidan Quinn.

While Unknown is billed as a thriller, Neeson does well with the brawny action star persona. He keeps pace well with the explosive action sequences and the nail-biting chase scenes. The action is reminiscent of Taken and A-Team and has solidified Neeson’s presence as a bonafide action star. Not bad for a man in his 60s.

Set some time aside to take in Unknown on Netflix.