How to watch Kill the Messenger (2014) on Netflix Norway! 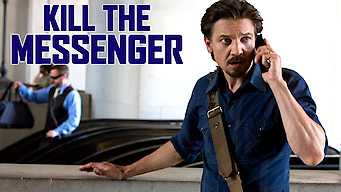 Kill the Messenger is not available in Norway BUT it can be unlocked and viewed!

In the 1980s, a crusading journalist uncovers secret CIA funding for Nicaraguan rebels, but the powers that be silence his investigation. He discovered a shocking secret about the U.S. government. So shocking, nobody will believe him.

Watch "Kill the Messenger" on Netflix in Norway

There is a way to watch Kill the Messenger in Norway, even though it isn't currently available on Netflix locally. What you need is a system that lets you change your Netflix country. With a few simple steps you can be watching Kill the Messenger and thousands of other titles!

The Assassination of Jesse James by the Coward Robert Ford

Flags of Our Fathers

The Place Beyond the Pines

Running with the Devil