How to watch Unhinged (2020) on Netflix Norway! Unhinged is not available in Norway BUT it can be unlocked and viewed!

After a traffic dispute, a single mom must defend herself against a sadistic driver who's hellbent on turning her commute into a ride laced with terror.

A single mom’s day goes from bad to worse following a minor confrontation during her morning commute.  Unhinged is a fast-paced thriller filled with edge-of-your-seat action that will leave you breathless all the way til the last.

The film opens as harried single mom, Rachel Flynn (Caren Pistorious), starts her day behind the clock which leads to her losing an important client. As she rushes to get her teen aged son, Kyle (Gabriel Bateman), out the door for school, she catches a news story about the suspect of a double homicide who was on the loose in her area. Unfazed, Rachel and Kyle speed off to the school. 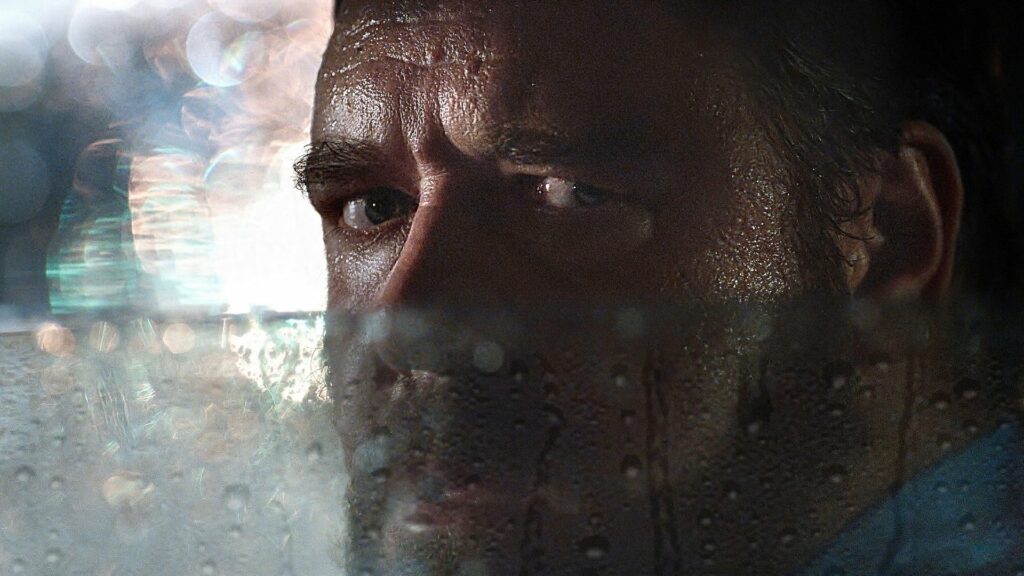 On the way to school, they get stuck behind an inattentive driver and nearly miss their green light. Rachel swerves around the unmoving truck in her path and honks as she zips past him and drives away. At the next red light, the driver of the truck pulls up to Rachel and Kyle, he apologizes and demands an apology in return. When he doesn’t get one, he trails Rachel through traffic, ramming into her, chasing her through red lights and hunting her through the streets.

Eventually Rachel evades him and stops for gas, while in the store, the man in the truck pulls into the gas station. Terrified, Rachel asks the gas station attendant to accompany her to her vehicle. He does and warns the man to back off and let Rachel be. The attendant blocks the truck in order to give Rachel time to get away, but the truck driver steps on it and runs over the attendant as he guns it out of the parking lot to continue his pursuit. 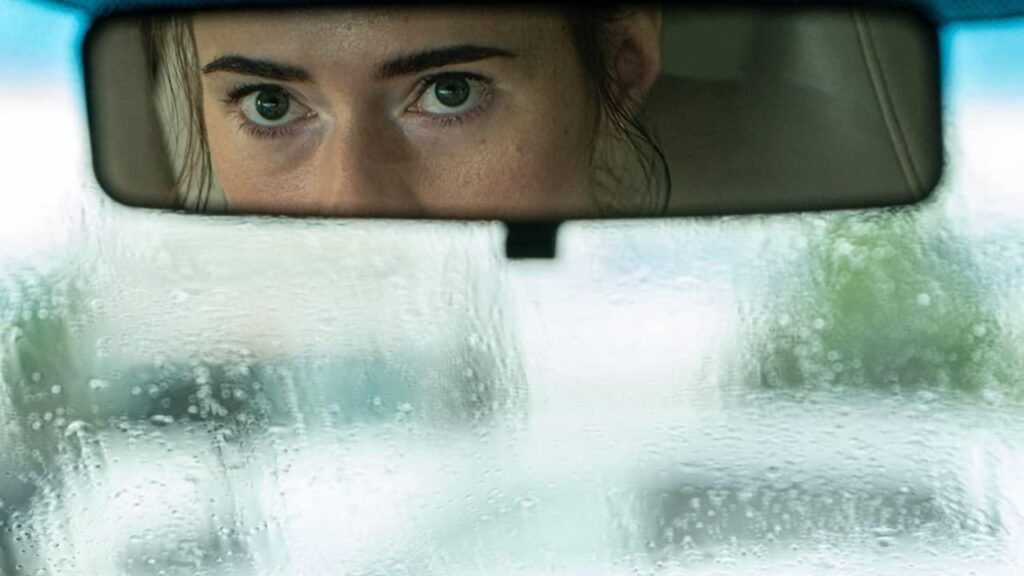 Rachel notices the truck in her rear-view mirror and reaches for her cell phone to call for help – except her phone is missing. Glancing in her rear view once more, she sees her phone in her stalker’s hand. From that point on the cat and mouse game escalates into a race to protect those Rachel loves the most as her stalker unravels and takes his rage out on Rachel’s friends and family

Russell Crowe gives a disturbingly authentic performance as Tom Cooper, a man pushed past his breaking point who becomes increasingly violent as the day progresses. No reason is ever given for his initial break down but that doesn’t stop Crowe from creating a terrifyingly determined madman. His slow burning rage intensifies into a homicidal fury that devolves into a dangerous calm as the body count climbs.

Unhinged delivers all the jumps, scares and terror you would hope for. The only criticism is the lack of back story for Crowe’s character. With a little more context, the viewer may have more investment in the psychological deterioration of Tom Cooper. With that being said, this flick is still well worth the time as it maintains a healthy pace and heart stopping intensity throughout. Be sure to check it out this month on Netflix.

Watch "Unhinged" on Netflix in Norway

There is a way to watch Unhinged in Norway, even though it isn't currently available on Netflix locally. What you need is a system that lets you change your Netflix country. With a few simple steps you can be watching Unhinged and thousands of other titles!