How to watch Lady Dynamite: Season 2 (2017) on Netflix Portugal! Comedian Maria Bamford stars in a series inspired by her own life. It's the sometimes surreal story of a woman who loses -- and then finds -- her s**t. She had it all, until she lost her grip. A true-ish tale of fame, romance, talking pugs and life after the psych ward.

Season 1 of Lady Dynamite has 12 episodes. Because different Netflix countries have different availability for episodes, you'll need to check the episode listing below to see which are available in Portugal.

Jumping back into L.A. life after six months away, Maria hatches a brilliant plan to meet her neighbors and get back into Mark McGrath's good graces.

Episode 2 Bisexual Because of Meth Available on Netflix Portugal

Maria weighs an offer to star in a wacky ramen ad and embarks on a confusing new romance with a recovering addict.

Worried she may be an unwitting racist, Maria seeks out a support group and fights for a big change on the set of a sitcom pilot.

When Maria slips into a sultry voice at a party, a handsome stranger falls under her spell -- and brings out her worst people-pleaser instincts.

Episode 5 I Love You Available on Netflix Portugal

Maria struggles to keep up with a sporty new beau. But before she can break it off, the relationship takes a startling turn.

After a long history of overcommitting, Maria hires a "loaf coach" to help her master the art of doing nothing. But her timing couldn't be worse.

Maria brings on a savvy young adviser to help her conquer her fear of children before a charity benefit.

Maria's first audition in months leads to fireworks on the Fox lot. Later, she races to have sex before her annual deadline.

Episode 9 No Friend Left Behind Available on Netflix Portugal

Fearing she's ruined all her relationships, Maria seeks out a bitter former friend and vows to win her back by any means necessary.

Maria braves a romantic hurdle by inviting Scott to her tell-all stand-up show. But she doesn't count on him having some dark secrets of his own.

Maria is mortified to learn she's trending on YouTube for all the wrong reasons. In a flashback, she faces a difficult choice: her meds or her career.

While Scott tries to figure out what went wrong, Maria throws herself into her work. In the past, a Checklist gig finally pushes her over the edge.

Season 2 of Lady Dynamite has 8 episodes. Because different Netflix countries have different availability for episodes, you'll need to check the episode listing below to see which are available in Portugal.

After moving in together, Maria and Scott become obsessed with each other's annoying habits. Judd Apatow offers some sage relationship advice.

In a panic over an unpaid bill, Maria drags Scott to a Debtors Anonymous meeting. But their money problems are just beginning.

A surprise visit from Maria's mother gets off to a rocky start when she insists on psychoanalyzing Scott.

While tending to her sick beau, Maria tries to show off her nurturing side. But Scott's best friend, Jessica, seems to do everything better.

Twisted up in knots over an argument with her mom, Maria seeks refuge on the set of a Western TV drama. Future Bruce scores a big new client.

Episode 7 Kids Have to Dance Available on Netflix Portugal

Maria discovers she's being sued over a sadistic reality show in the Philippines and turns to David Spade for help.

When the plans for Maria's second wedding hit a snag, her new friends in the Filipino community step in to throw her an unforgettable party.

F is for Family

The Comedians of Comedy: The Movie

Further Tales of the City 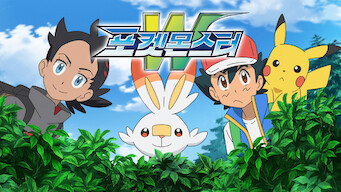 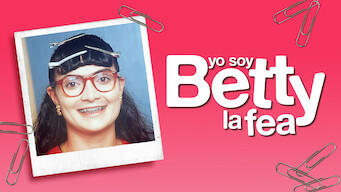