How to watch Lakshya (2004) on Netflix Denmark!

Sorry, Lakshya is not available on Danish Netflix, but you can unlock it right now in Denmark and start watching! With a few simple steps you can change your Netflix region to a country like Canada and start watching Canadian Netflix, which includes Lakshya. 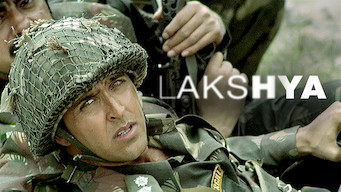 Lakshya is not available in Denmark BUT it can be unlocked and viewed!

After dropping out of the army, a spoiled teenager reenlists and proves his mettle by becoming an officer just as war breaks out. An aimless rich kid enlists in the army on a lark. But when the going gets tough, he's got to choose whether to man up.

Watch "Lakshya" on Netflix in Denmark

There is a way to watch Lakshya in Denmark, even though it isn't currently available on Netflix locally. What you need is a system that lets you change your Netflix country. With a few simple steps you can be watching Lakshya and thousands of other titles!